There are simply some films out there that are undisputedly necessary watching. While our heart still hurts for the classics, we've begun working through a new watchlist that is equally as important. Following on from International Women's Day earlier this week, we're taking a moment to celebrate the momentous success and lives of real women whose tales have made it to the big screen. And for good reason. Below, we've rounded up 10 of the best feminist films you definitely have to watch. 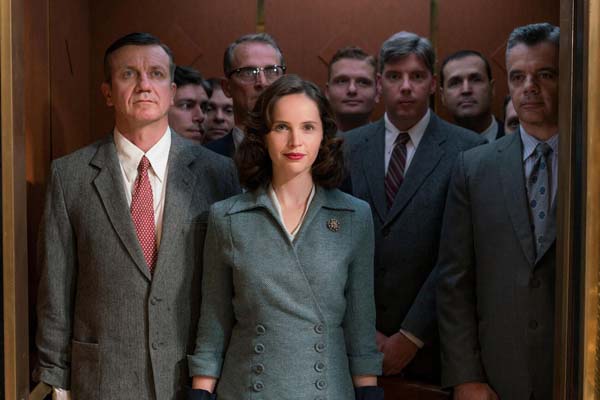 The formidable Ruth Bader Ginsburg is a major icon for team RUSSH. Naturally, the 2018 film On the Basis of Sex, which follows RBG in her early life and career is at the top of our list for best feminist films. The film follows the late Supreme Court Justice through the landmark case that would set a precedent for sex discrimination; confirming Ginsburg's place as one of the most prolific gender rights lawyers of her generation.

Set throughout the 50s, 60s and 70s, Felicity Jones takes on the role of RBG; portraying a fiercely determined lawyer who with her husband, Marty, take on Moritz v. Commissioner, the first federal case to declare discrimination on the basis of sex unconstitutional. 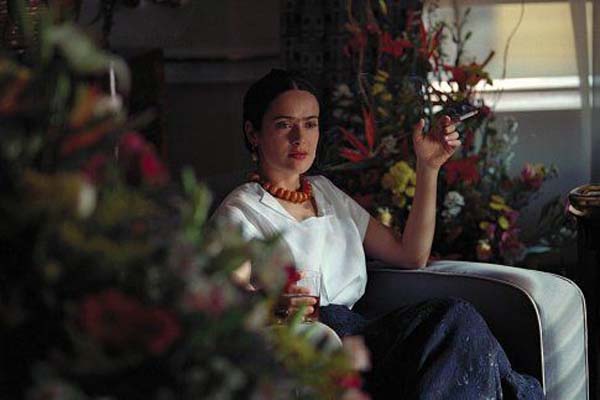 One of the most memorable feminist films of all time, Salma Hayek portrays revolutionary artist Frida Kahlo in this unforgettable biopic. Frida shares the bold and equally tragic life of the Mexican artist; touching on her tumultuous relationship with her mentor-turned-husband, Diego Rivera, her illicit affairs, ongoing health complications and the passion she had for her art. The harrowing performance earned Hayek an Academy Award nomination. 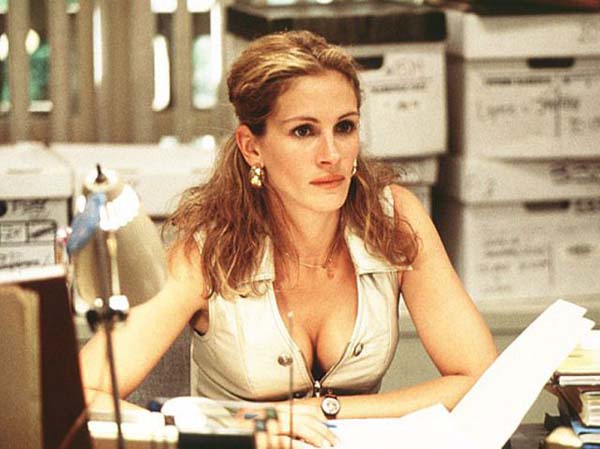 It was the true-story that earned Julia Roberts the Oscar for Best Actress in 2001. The inspiring biopic of a single mother who helped bring the Pacific Gas and Electric Company (PG&E) to justice; Erin Brockovich is proof that the little guy, or gal, can win. Upon realising that PG&E is knowingly poisoning a Californian town through its water supply, Brockovich – a legal assistant – becomes instrumental in forcing the company to pay $333 million to the plaintiffs. The case became the largest settlement ever paid in a direct-action lawsuit in US history. 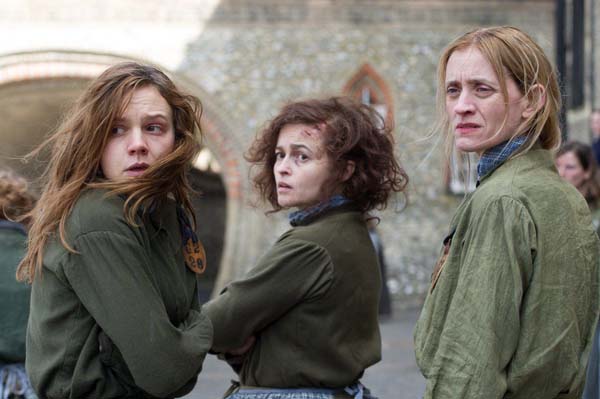 Set in 1912, Carey Mulligan, Meryl Streep and Helena Bonham Carter retell the struggles and challenges faced by women who risked it all for the right to vote. Suffragette, based off the historic movement of the same name, is a necessary reminder of the sacrifices women in early 20th century Britain made in exchange for basic human rights – all the while risking their homes, jobs, families and lives. 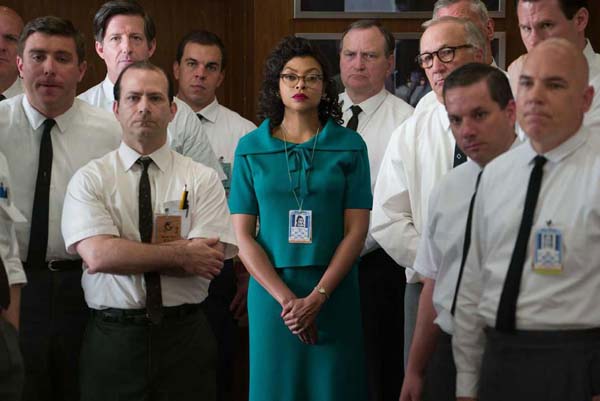 Required watching, Hidden Figures celebrates the story of three Black women who were instrumental in sending astronaut John Glenn into space in 1962. The success of this trio of NASA scientists; Katherine Goble (later Johnson), Mary Jackson and Dorothy Vaughan, was not without struggle. Amid an ongoing taunt of racial, class and gender discrimination by the white men they worked for, these three women overcame boundaries through their combined grit, perseverance and intelligence.

Marie Colvin, the journalist who inspired the gruelling story told in A Private War, did what many other reporters couldn't. A woman who fearlessly reported from the conflict and war zones many others refused to visit, Rosamund Pike portrays the honourable Colvin in her quest and desire to share the harrowing truth of war-torn countries. Like many of the tales that have made their way onto our best feminist films list, it wasn't without sacrifice. Colvin lost sight in one of her eyes due to a grenade attack and suffered subsequent PTSD from what she had experienced. In 2012, she was one of the many casualties of the siege of Homs. Her honourable, passionate and tireless work continues to live on today. 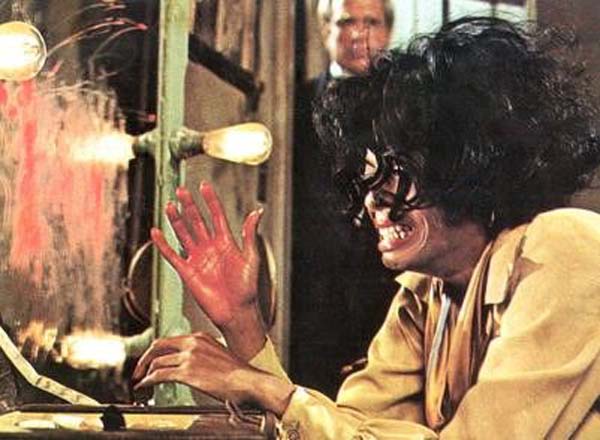 Heralded as one of the greatest cinematic performances of the early 70s, Diana Ross' portrayal of Bille Holiday in Lady Sings the Blues is one for the ages. The deeply moving film is based loosely on the singer's own memoir, and traces an extremely honest account of the poverty, racism and addiction issues that Holiday faced. If Ross' performance has you yearning for more insight into the revolutionary artists' world, a new biopic starring Andra Day was released late last month. 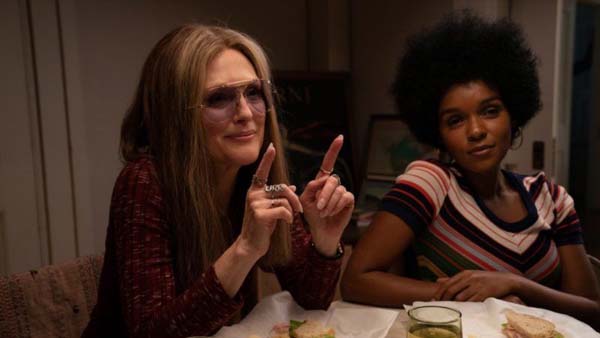 A relatively new addition to our list of best feminist films, but one that deserves ample attention, The Glorias tells the tale of feminist icon, journalist, and activist Gloria Steinem. A story that transcends decades, four actors — Julianne Moore, Alicia Vikander, Lulu Wilson, and Ryan Keira Armstrong – were enlisted to play Steinem at different stages of her life throughout the film. Based on Steinem’s own memoir My Life on the Road, the film covers her journey from undervalued journalist to the launch of Ms., the first national feminist magazine in America. 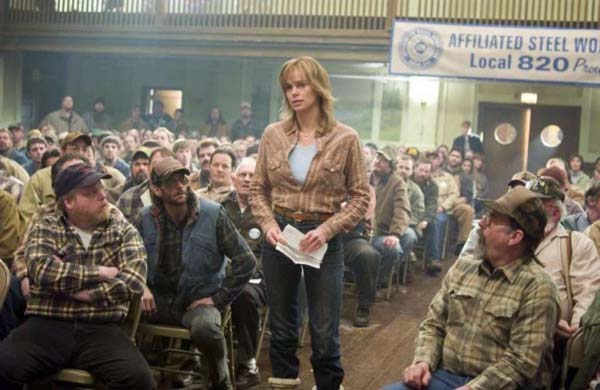 It might not be a story you're familiar with, but the life experiences of miner Lois Jenson and the landmark case that changed sexual harassment law in America, is a historic one. The film North Country tells the tale of Jenson and many other women through the eyes of character Josey Aimes (played by Charlize Theron), who retells this brutal, inspiring journey of resilience. Jenson was the first woman to win a sex discrimination case in the U.S; after bringing a class action against a northern Minnesota iron mine where women workers including herself were sexually assaulted and harassed. Theron portrays their story and the immense personal sacrifice it took to incite this magnitude of change. 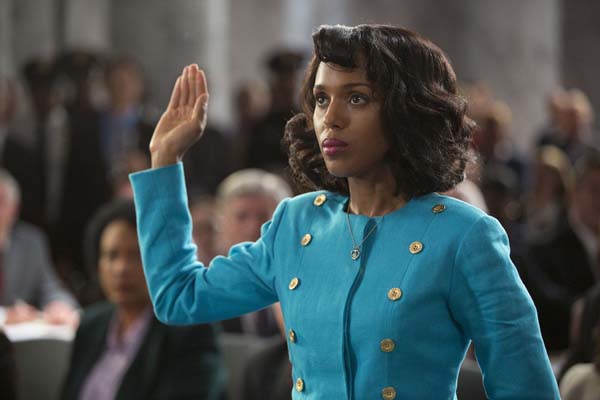 In 1991, Anita Hill made history when she testified in Congress accusing Clarence Thomas, a would-be Supreme Court nominee and her former supervisor, of sexual harassment. The film, which features Kerry Washington as Hill, traces the events of the hearing and the circumstances and consequences that surrounded it. For women's rights in America, Hill's testimony was monumental. As the New York Times reports, in the year after her testimony, complaints to the Equal Employment Opportunity Commission about sexual harassment went up 73 percent.

PREVIOUS
Netflix is stepping up its true-crime game with a new three-part documentary, 'Sophie: A Murder in West Cork'
NEXT
Australian icons Margot Robbie and Phoebe Tonkin will share the screen in the upcoming Hollywood blockbuster, 'Babylon'