Growing up, actress Sandra Saad didn't really have any characters she could relate to. The world of entertainment was whitewashed.

The experience is magnified when viewing a space like gaming. Looking at even very recent events like GamerGate, the world of video games has been one wrought with sexism, misogyny and racism. So, characters like the inspiring Kamala Khan (aka Ms Marvel) are figures of hope and positivity - and Sandra Saad is the voice bringing Kamala to life.

Kamala Khan is the first and only Muslim woman to headline her own comic book, and she is one of the leads in the new Marvel's Avengers video game. It's out on September 4 and will be one of the biggest entertainment releases of 2020.

We caught up with Sandra and had the chance to ask her all about her new role. She told us why representation matters and how she's staying creative and inspired through 2020's isolation conditions. 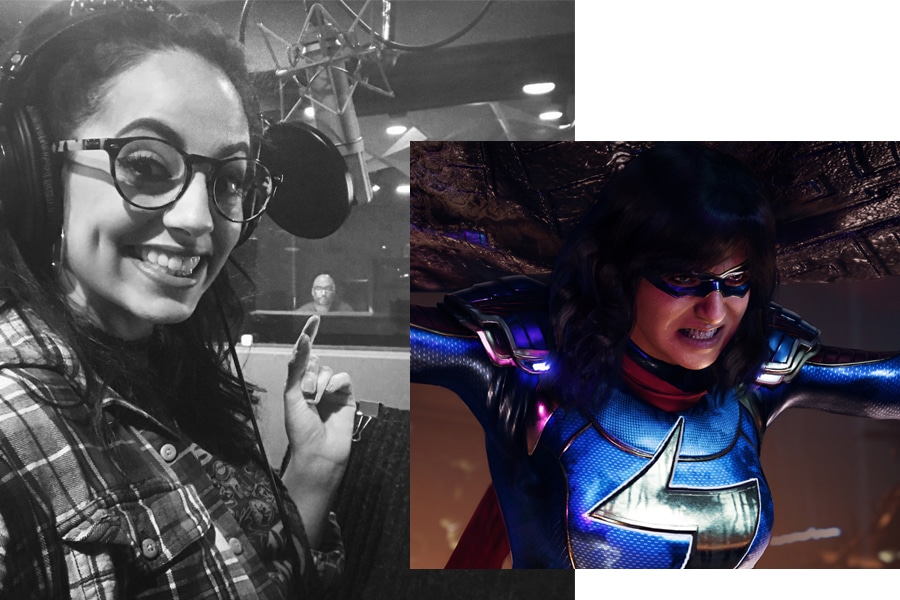 For the unacquainted, can you tell us a little bit about your character Kamala Khan?

Kamala is a 16 year old in the game, and when you first meet her she’s actually 11 and she shows up to A-Day to meet her superheroes for the very first time and she gets infected with gas and becomes an inhuman. Five years later we meet her again having full superpowers she’s trying to grapple with, and she’s effervescent full of joy and hope for the superheroes and The Avengers. She’s a big sweet fan girl!

Is she an inspiration for you?

Absolutely. Her undying hope and effervescence I really look up to, and what she ends up learning in this game. No spoilers, but she embraces her differences and things she might feel weird about and she has a difficult time grappling with. The Avengers teach her to embrace them.

The things about you that make you different is what makes you who you are. I have been learning from it daily ever since I was cast!

What do you think makes her an inspirational character for women?

I feel we don’t see very many women in this role, right? The ones who are excited and happy to be there and cheerlead and support and push for what they believe in. I feel like that to me, as a woman, is very relatable.

Someone with her undying effervescence for what she loves is very feminine. The fan girl energy? I’m a fan girl! When i was 16 especially, and that’s never going to die. I think it’s really cool for young people to see that. It’s cool to be into something and be reflected in such great light. 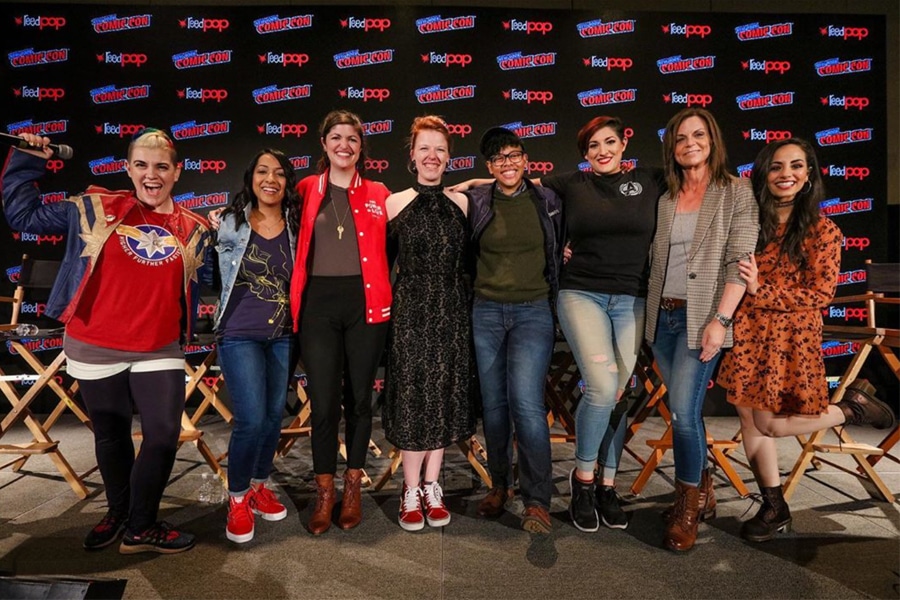 Tell us a little about you. What do you love about acting and voice acting?

How do you find inspiration for your roles?

It has a lot to do with conversations with the director, that’s very helpful for me. Everything develops nicely in a scene on its own. In a scene I have with Troy Baker for instance, he’s such a brilliant actor - and so is everyone on my cast - inspiration came very quickly. My character can change from one scene to another based on just a look he gives me. That’s a cool thing about motion capture is having that other actor right in front of you. For Kamala specifically I also got some comics I read which helped inform the character too.

We know quarantine and isolation has been hard for many of us. How do you stay motivated and creative in times like this?

Great question. I feel like for me personally I couldn’t put too much pressure on myself. You’ll find a lot of people say that they have to be productive every single day, but you look at others who just aren’t doing anything. But you can’t listen to others and what they do for themselves.

I’m a creative and need to keep doing it for myself, so I do a lot of music and comedy. I’m not doing sketch or improv right now and just make my own funny videos even just to make myself laugh. My bestie lives nearby and we’re similar with our quarantine so we can hang out with each other and write music. We’ve been playing music together this whole time. Whatever you can do in this time to find pleasure and joy, just do it. 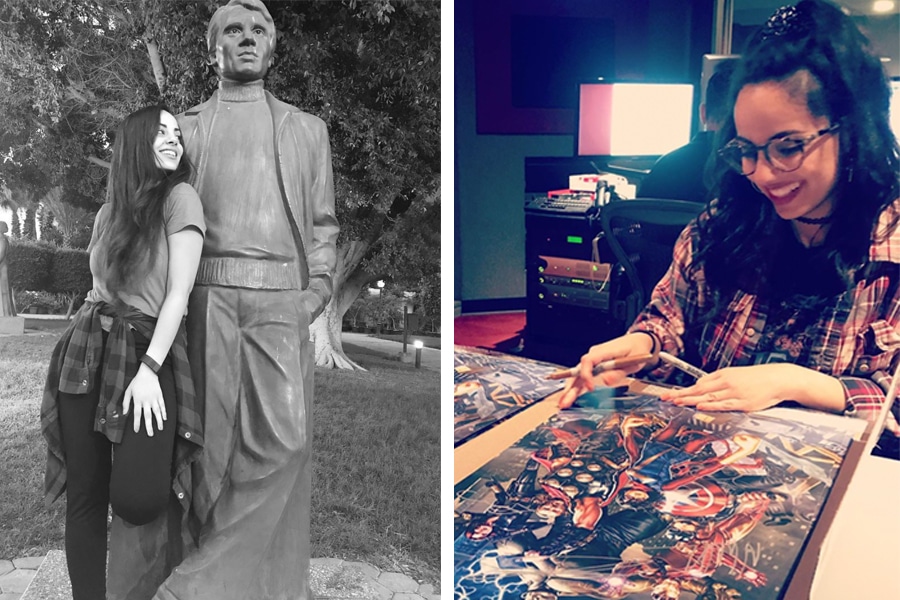 What does the phrase 'representation matters' mean to you in your role?

For me it means being able to relate to a character. I didn’t really have people I could relate to much when i was growing up.

A big thing for me growing up was Full House. It was a really big deal and so was Rugrats and I didn’t get it 100%. I wanted to and I tried but I felt like there was only so far I could fit in with shows like that. I didn’t have someone who looked like me or spoke my language or have immigrant parents or be an immigrant themselves. That’s really important for Kamala. She can speak to everybody on a large scale.

Feeling like “the other” is big for everyone, but as far as representation goes, having the young brown girl as the lead serves a much greater purpose rather than just being the diversity girl. She’s not just the Pakistani or the Muslim or the girl, she’s all those things and more. Plus her effervescence in her DNA. She’s not there to serve just one purpose. That’s what young women need to look up to, even girls who share the same experience and other brown girls too.

There’s lots of better stuff now, but coming up my people didn’t have good representation. I saw people like me were cast in bad stuff as the terrorist and the terrorist’s wife and that’s all we were. I know that’s not all we were because my life and family aren’t like that, and we didn’t get a glimpse of that unless seeing it on American television! It’s important for people to see themselves represented in real light. In a better light. It’s also better to have them behind the scenes as a writer or a director, it’s a much bigger thing than just who’s on screen. It’s all of it.

How do you feel bringing both female and Muslim representation into a space like video games? I know that space has been typically dominated men in the past.

It’s awesome to show them that that’s not all games are. That’s not all games are going to be. It needs to be seen from another perspective, and showing people it doesn’t come from the same dude perspective is important. Girls who game, girls of colour who game are going to be into it and they can see themselves more, rather than just the non-POC male perspective. It’s been fun bringing that spice and perspective and it’s a different flavour on set. It has been eye-opening for everybody.

Do you have any other words to share to your fans?

Kamala loves very hard, right? She goes for what she wants, she’s not a quitter, she loves The Avengers and she’s been into them since forever. Whatever you love, just go hard and do it. No matter what.

If it’s like a passion of yours, if you like acting, take classes and go for it. If you love games, learn about them and go for it. My uncle taught me growing up that whatever I loved to do i had to do it so I could love it and be fulfilled. If I could give that to anyone I would love to. 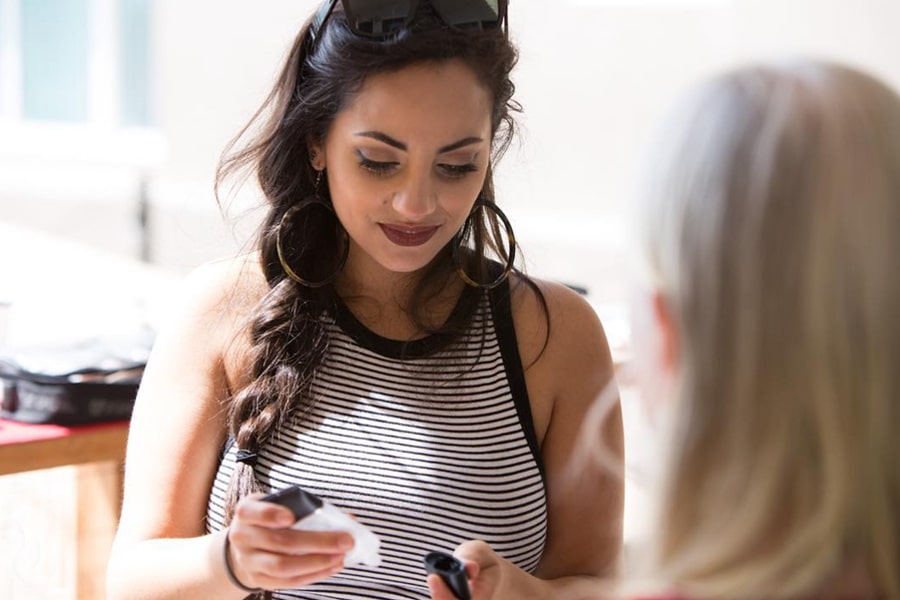 PREVIOUS
4 ways we can keep up with our anti-racism work
NEXT
Charli XCX on her new album, dressing for yourself and staying creative through Zoom 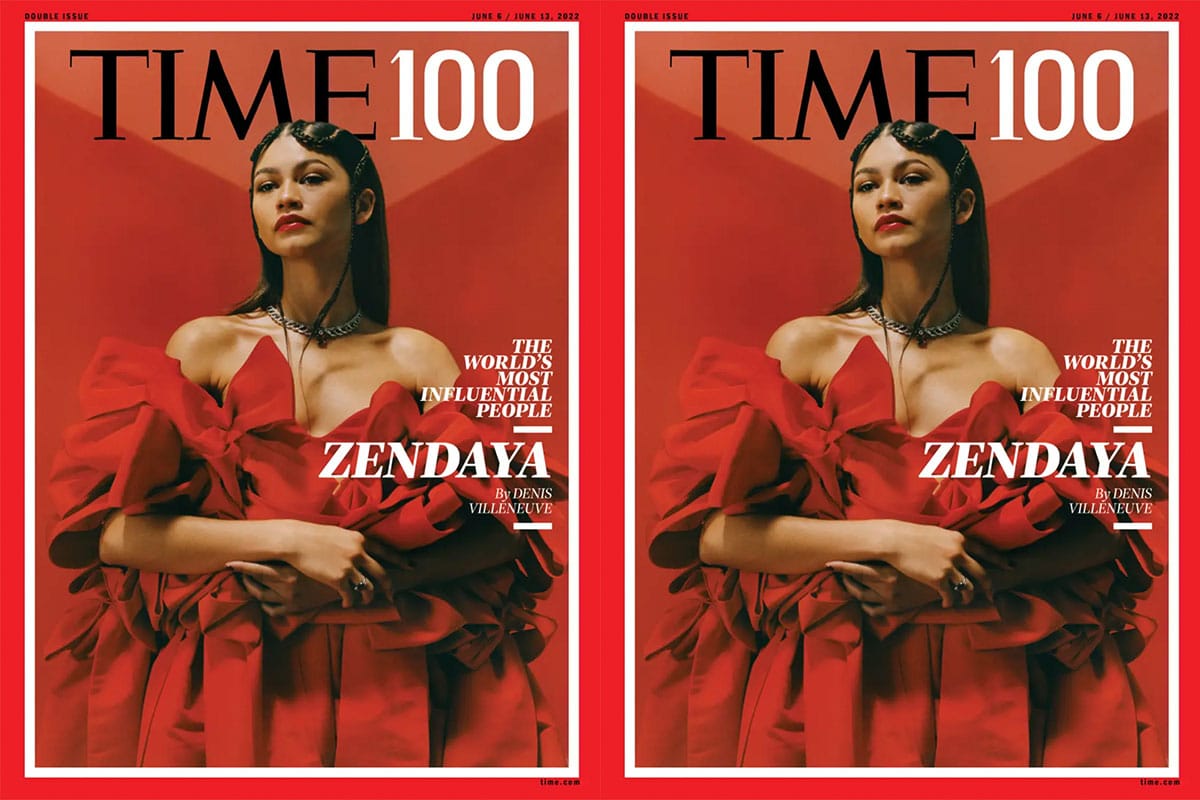