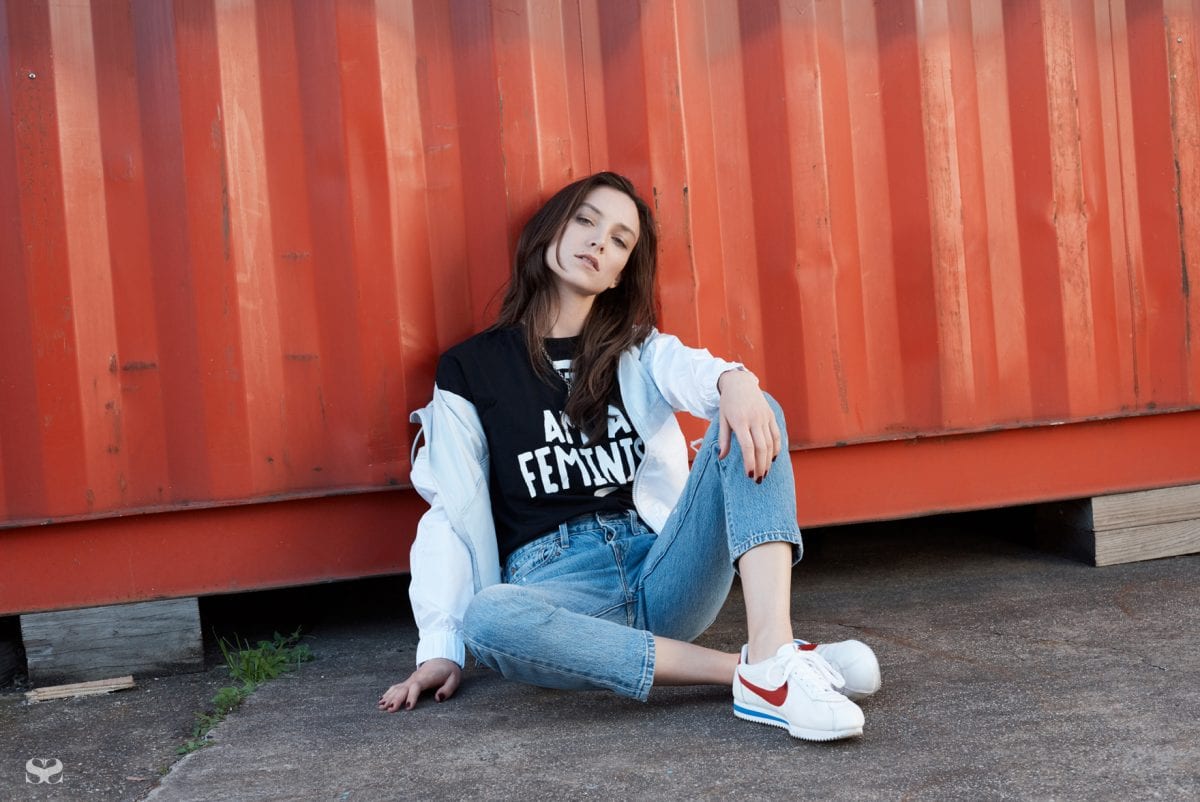 “I’m inspired by different people every day. I think it’s wrong to have one point of inspiration. It makes you a dull person doesn’t it?” Model, activist, writer and law student – Ollie Henderson is a true child of the revolution. The Sydney-based 28-year-old is passionate about the issues that face her generation. Outspoken, and a bold-thinking disruptor – when we spoke to Henderson on the set of Nike’s No Apologies series it was clear this was a woman committed to her cause.

Born in Creswick, central Victoria, Henderson was first scouted when shopping for her year 10 formal dress in Melbourne. An avid interest in social and political issues developed in her late teens, and she used her experience within the fashion realm to make her first major political statement at MBFWA 2014 by distributing slogan tees to her model friends with political messages such as ‘Sexism Sucks’ and ‘Climate Justice Now’. Noticing the growing appearance of her generation’s apathy for social justice, Henderson founded House of Riot in 2014 – a Sydney-based not-for-profit, whose work serves to engage young people in issues that affect them politically. Her efforts are realised through a fashion label of the same name (whose slogan tees continue to dot both the streets and the runways), zines, artist collaborations and events surrounding topics such as the Sydney lock out laws, refugees, climate change, sexual violence and the right to equal marriage.

When she’s not working at House of Riot, Henderson uses her time to study law and journalism, model, produce a current affairs radio program on community station 2ser, and write features for various print and digital platforms. “It usually feels like it never ends, and hopefully it won’t. This is what I thrive on … I couldn’t imagine it any other way.” Busy, yes, but her inherent drive and focus enable Henderson to make her voice heard amongst the noise. “I will not apologise for standing up for what I believe in … I’m not going to apologise for using my voice – for being a strong woman. I won’t apologise for going against the grain.”

“House of Riot takes up a lot of my time, but it’s new and it’s exciting. It challenges me every day – I do a different thing every minute of every day.”

PREVIOUS
Watch the Preatures in Girlhood
NEXT
Mind Gamers