Over a decade after the first Alexa bag was officially launched in 2010, Mulberry and Alexa Chung have come together once again in release of their new collaboration of handbags in a celebration of two British style icons.

In part of the British heritage brand Mulberry and its 50th anniversary celebrations, the two have reunited in their release of two styles of limited edition handbags including a shoulder bag humorously titled the Big Guy and a small compact clutch titled the Little Guy.

Reminiscent of vintage post-boy satchels from the 70s, the bags are sleek and chic in design. Boxy and both masculine and feminine, the bags are designed taking cues from the original Mulberry Alexa handbag as well as in considering a seamless transition for the wearer from day into the night. 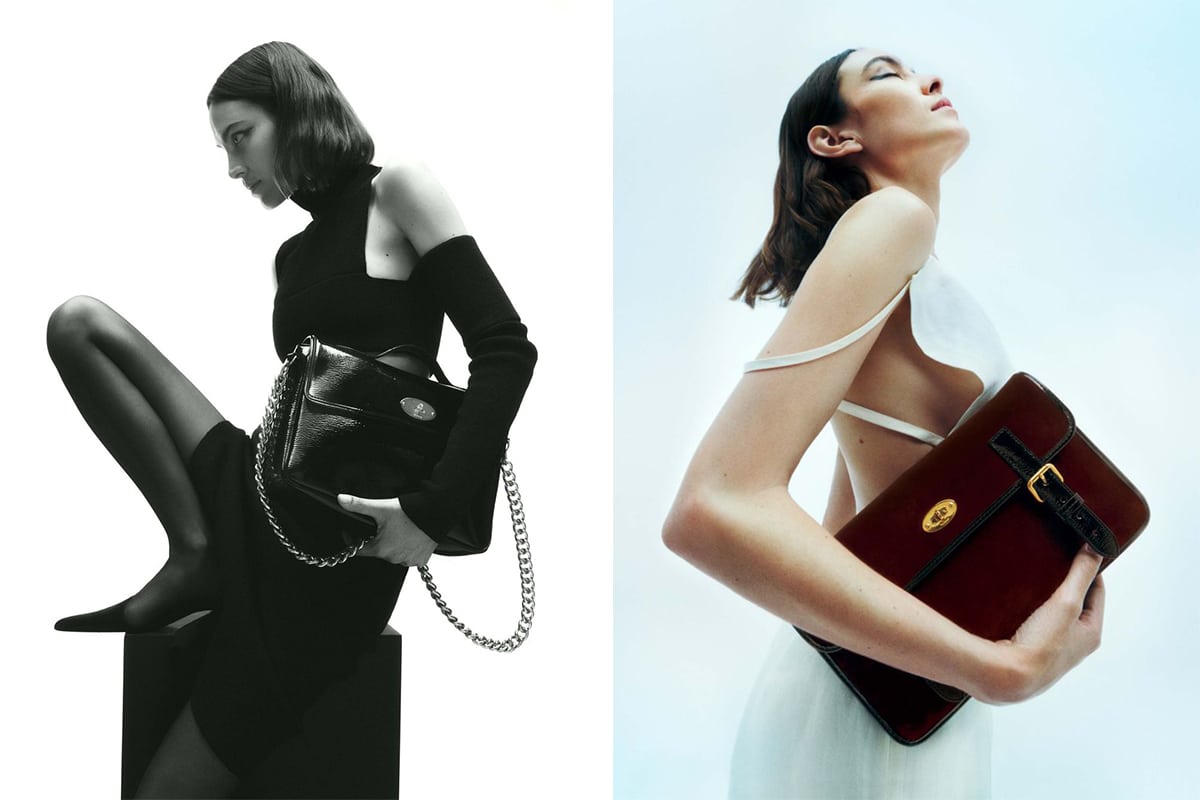 Model and designer Alexa Chung speaks of being reunited in her collaboration with Britain's most prominent heritage brand stating, "Mulberry has always been a brand that’s very close to my heart... The Alexa represents a moment in my life that I’m extraordinarily proud of and feel really lucky to have experienced. It’s nostalgic and sentimental and sweet and joyful... I welcome this extension of a relationship that’s been unfolding over decades. We do all like an origin story and something authentic, and I suppose it doesn’t get more authentic than this. In my mind it’s been quite a romantic journey.

The new Alexa bags is crafted from materials and leathers sourced from highly environmentally graded tanneries and looking back on their last collaboration in 2010 which made for a huge success, the model and designer reminisces on the taking of a more timeless route for 2021.

"This time, I wanted to create something that straddled what the bag means to me personally, but could become that for someone else’s wardrobe. I wanted to make sure that it would endure, become a future classic.

The collaboration is a part of Mulberry Editions and the Alexa Chung x Mulberry bags are now available on mulberry.com.