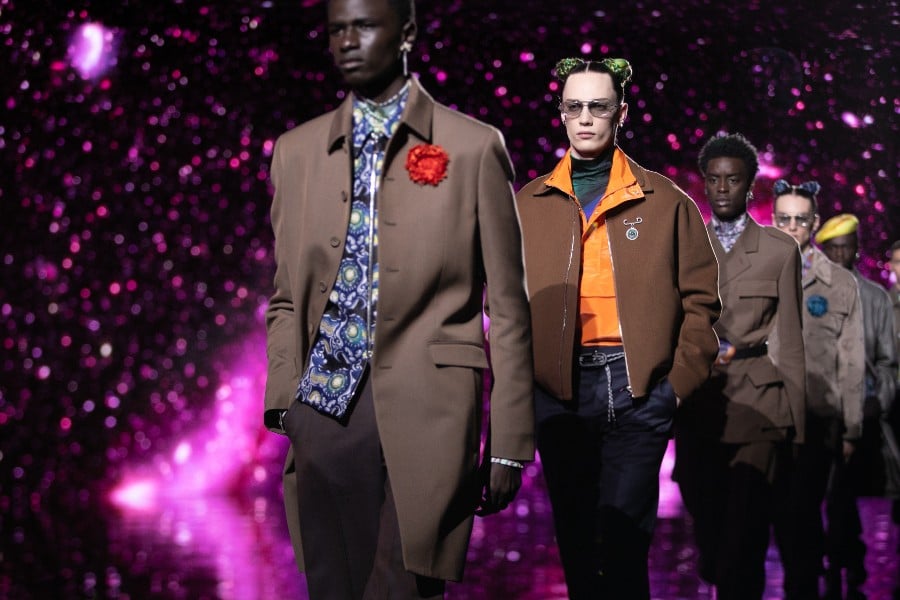 The presentation was staged as a purely digital production, allowing the show to be experienced by all on the global scale. AW 21 also saw Kim Jones collaborate with contemporary visual artist Kenny Scharf, whose distinct and immediately recognisable cartoon-inspired aesthetic draws on worlds of pop culture and science fiction.

In the Dior ateliers, Kenny Scharf’s works were translated into prints and embroideries, with archival pieces appearing alongside a series of new commissions created for the Autumn Winter Dior Men’s collection - featuring drawings representing the animal characters comprising the Chinese zodiac. 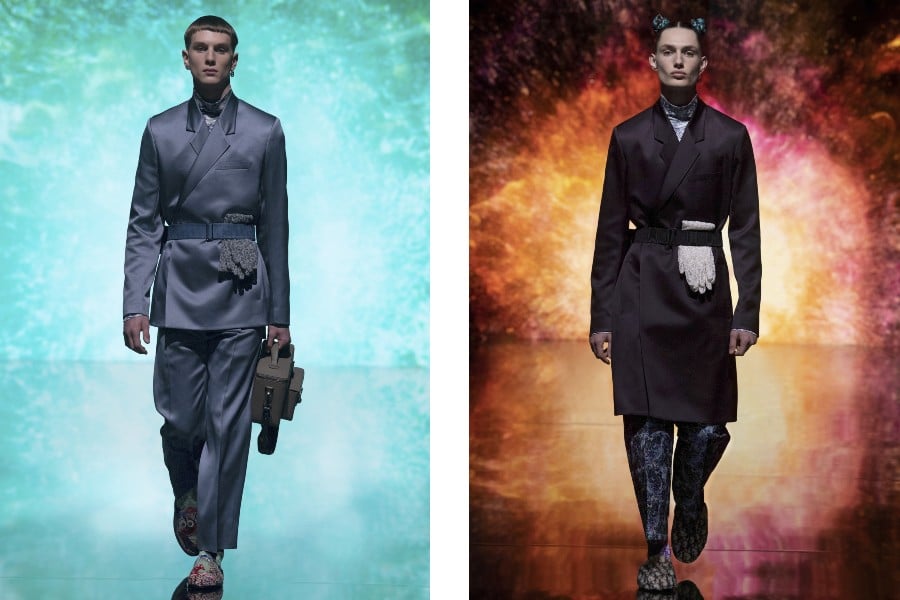 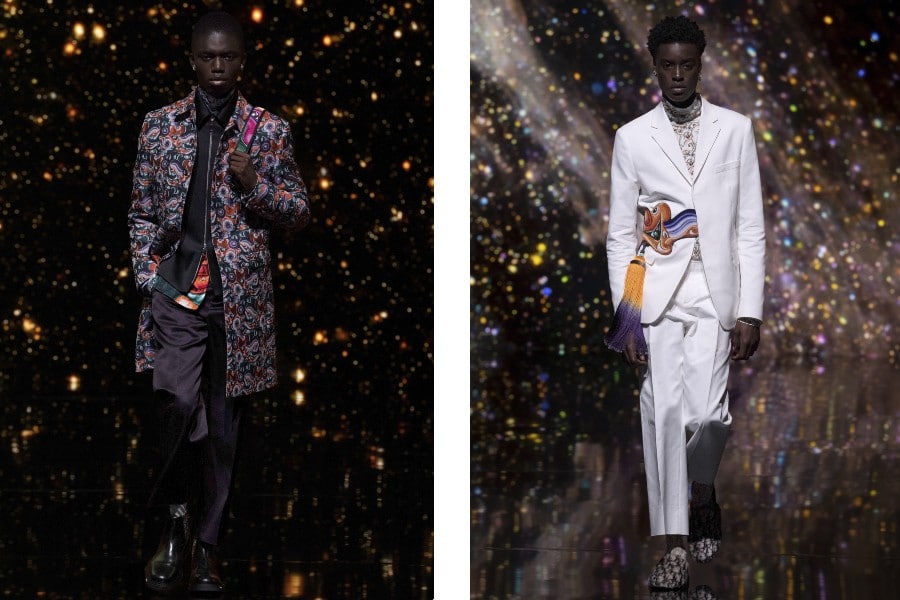 Tailoring was the foundation of the collection, heightening the almost forgotten mood of dressing up. Tailored coats and slender single-breasted jackets are eased and relaxed around the body, belted at the waist as an homage to the iconic Bar jacket - an evolution of a fundamental Dior signature.

As the main source of inspiration and influence for the Autumn Winter 21 collection, traditional Chinese techniques and materials were translated into the core of the French Luxury Maison. Modern jewellery by designer Yoon Ahn featured beautiful jade and lapis, while the Maison Lemarié reinvented chrysanthemum blooms as boutonnieres, along with Tambourine-style berets created by Stephen Jones completing the looks. 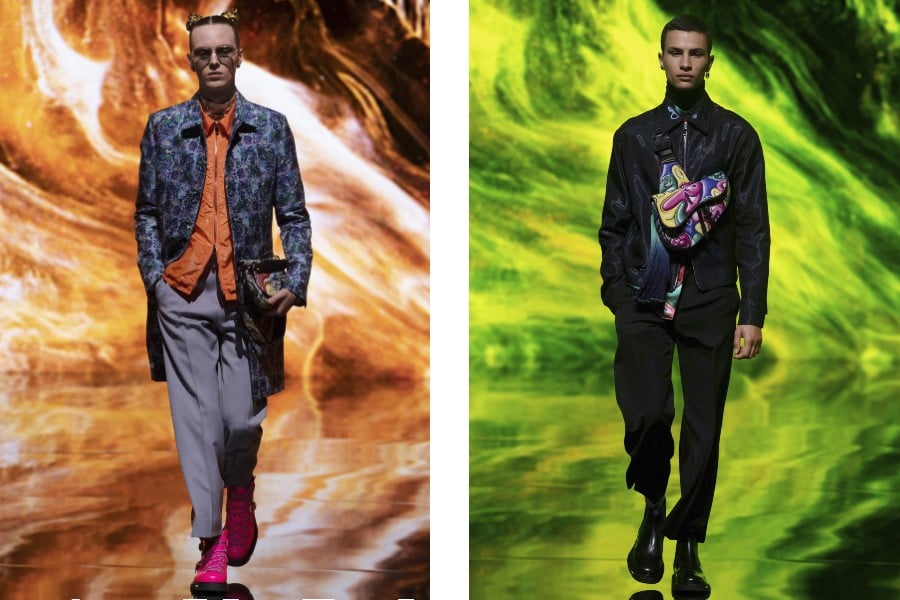 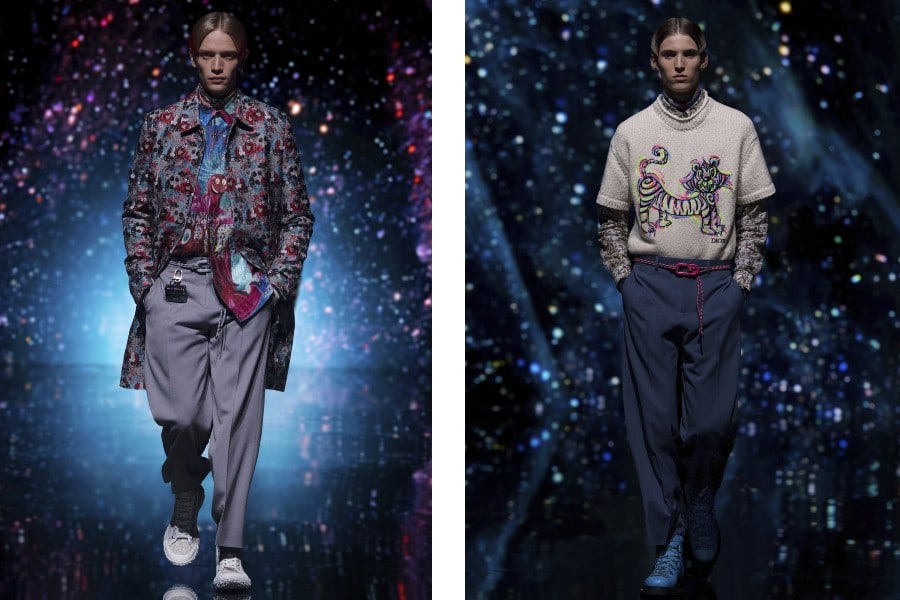 A French Maison, an American artist and a celebration of Chinese excellence and craftsmanship, this is Dior Men Autumn Winter 21.

The collection was showcased via an exclusive video captivating the dialogue between Kim Jones and Kenny Scarph. Transforming the perception of time and space and showcasing a conversation between heritage and technology. 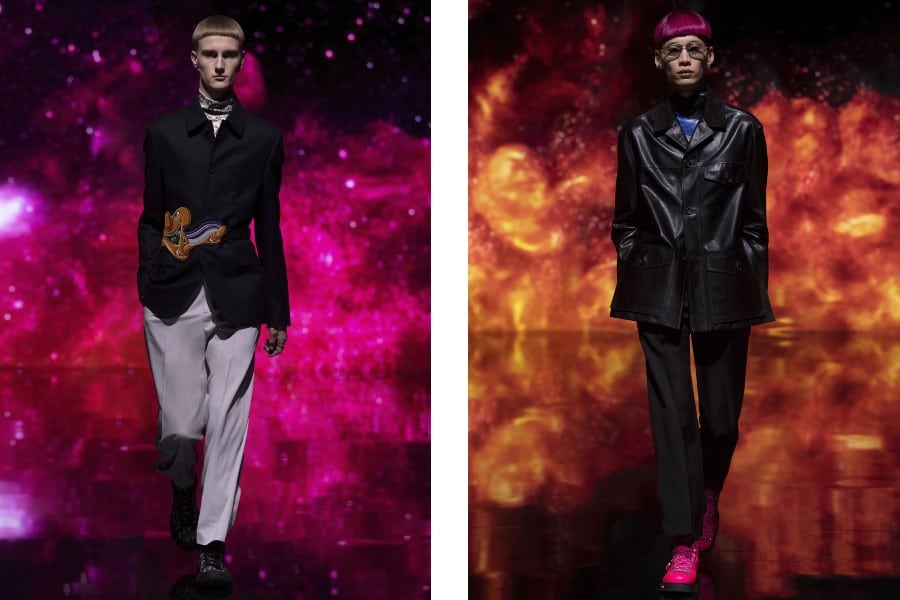 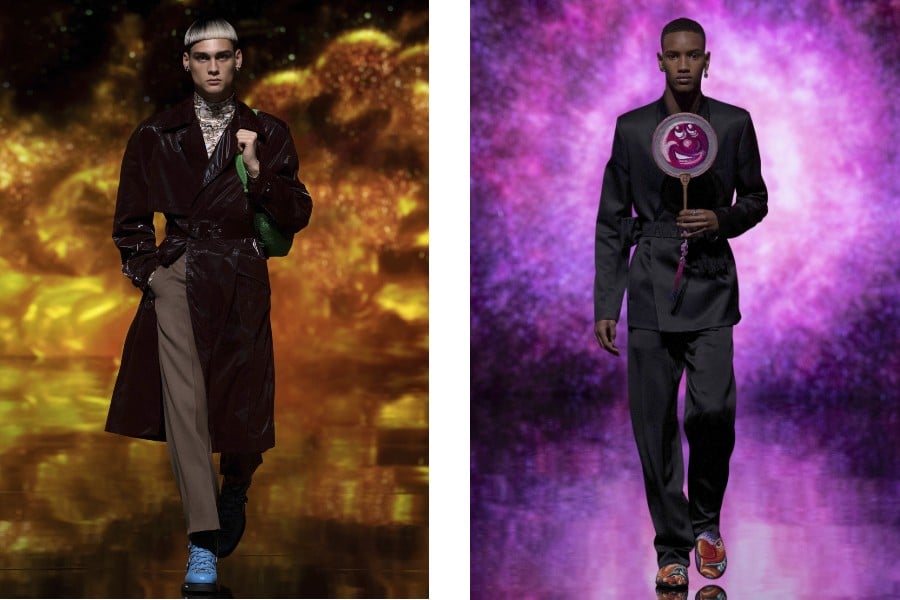 You can learn more and see the complete collection via the Dior.com website, along with an exclusive interview with artist Kenny Scarph below.

PREVIOUS
Shoes speak louder than words: 15 party shoes to complete your outfit this festive season
NEXT
All hail the queen of 90s style: Jennifer Lopez 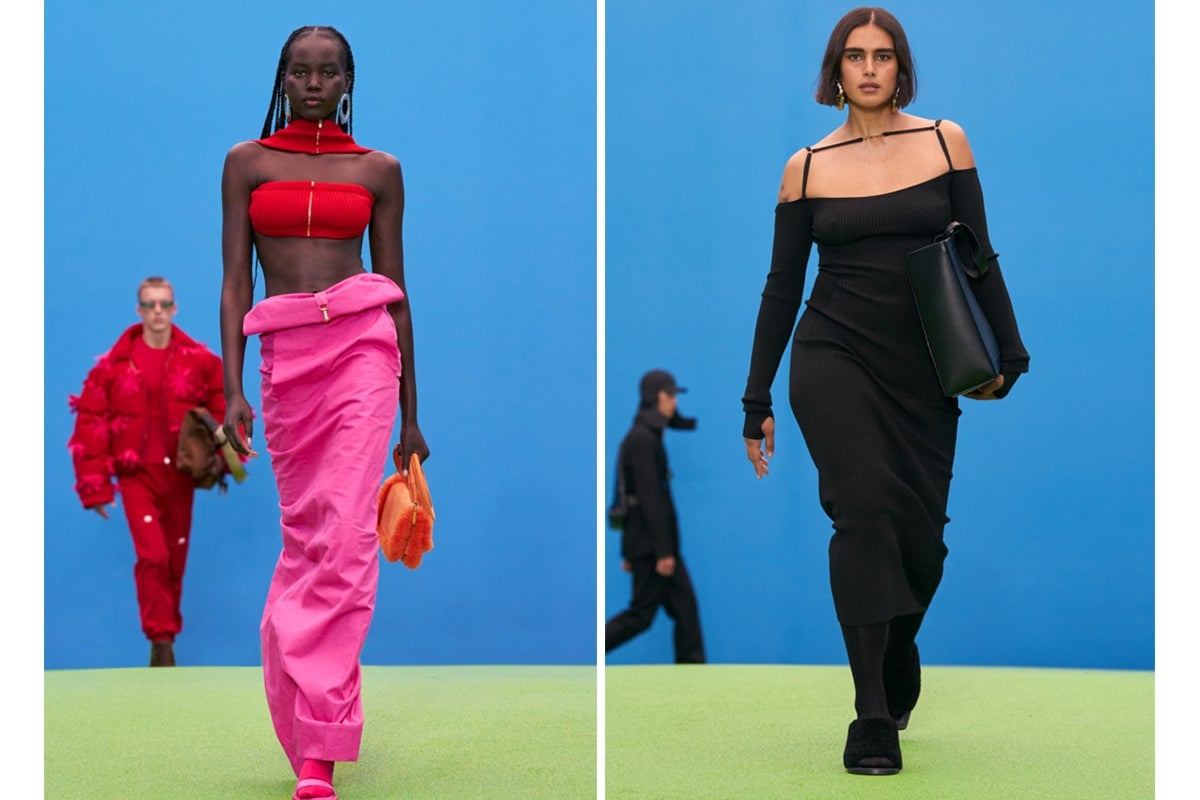 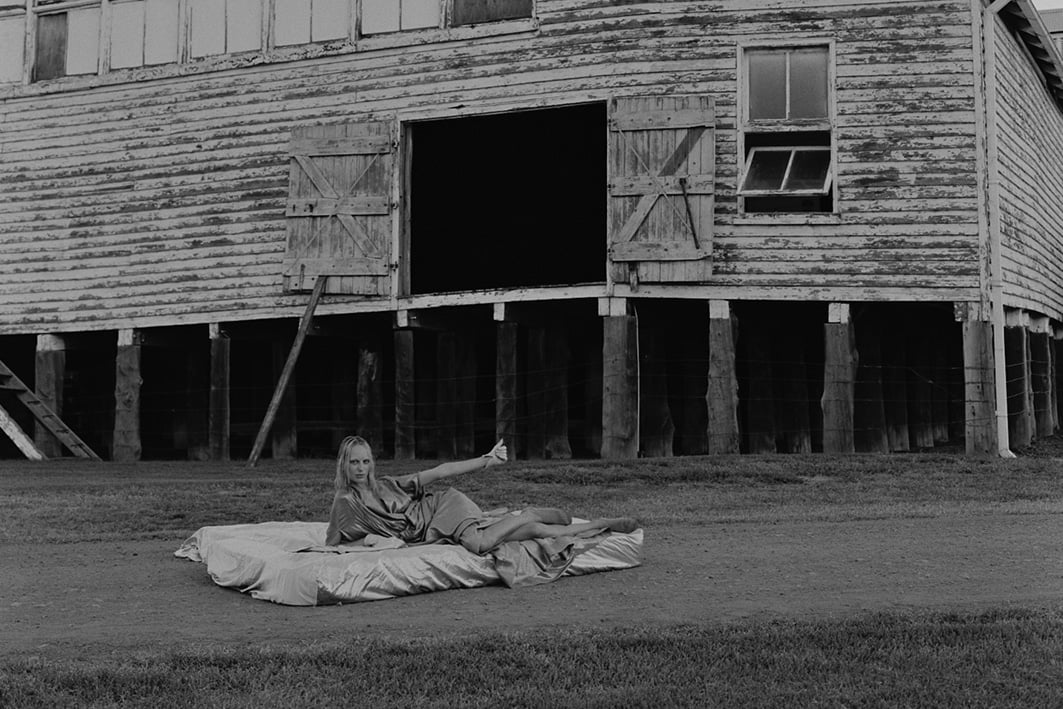 “I like the idea of restrained, private contemplation or a sense of protest – something hidden for only the wearer to see, details that perhaps others wouldn’t notice at first glance.” 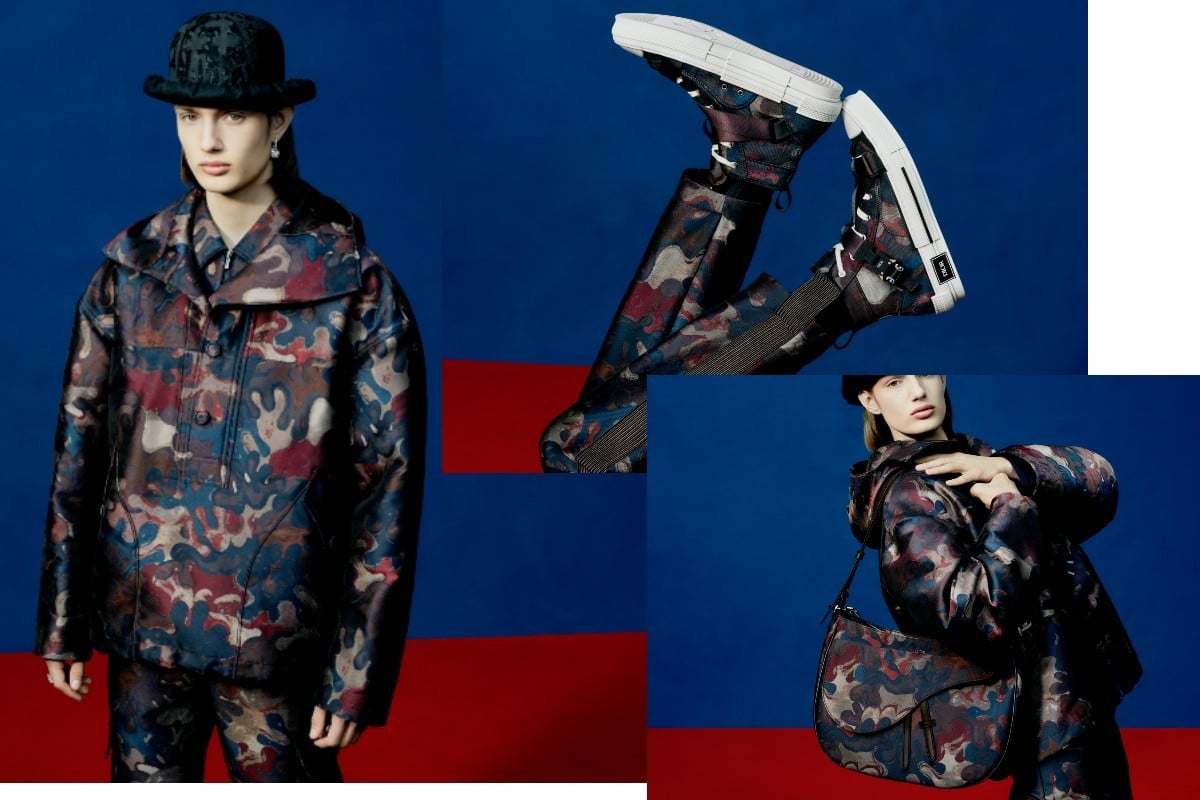 A reinvention and refinement of the captivating heritage of formal wear, finessed with the inspiration of Doig’s paintings.