September is tech season, with many of the major technology brands revealing the exciting, new products coming to market. And this year, there have been a few especially exciting announcements - particularly, an update of the famous Hermès Apple Watch collaboration.

Apple announced on September 16 that a new chapter in this iconic collaboration would be coming to Apple stores soon - in fact sooner than expected. You'll find the new Hermès Apple Watches in Apple and Hermès stores on September 18.

The announcement came as part of the introduction of the Apple Watch Series 6, the latest model. As normal, the Hermès iteration is a special edition watch that comes with a unique Hermès leather strap - only this time there are three different straps to choose from. 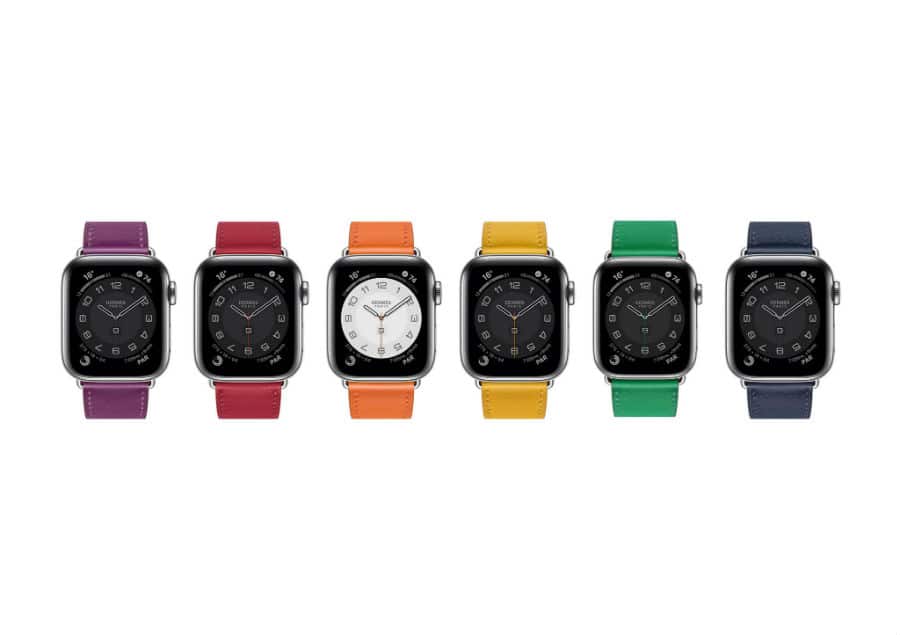 The third type of strap is a new one for the Hermès Apple Watch collaboration - an exclusive sport band. In the iconic Hermès orange, this strap is light, flexible and water-resistant so you can wear it while you exercise and swim. And it comes included as an extra band when you buy any Hermès Apple Watch.

There's more. Each Hermès Apple Watch will also come with exclusive Hermès watch faces that aren't available with the regular Series 6. They're classic, simple and elegant. Digital watch faces that connect the device back to timeless aesthetic of Hermès. The ultimate meeting of design, high-fashion and innovation. And yes, the devices come in a signature Hermès orange box - a collectable in itself.

Hermès and Apple began their collaboration in 2015 with the first Apple Watch Hermès. It combined Apple’s technological expertise with Hermès’ watchmaking iconography and exquisite craftsmanship.

The new Apple Watch Hermès Series 6 embodies functionality, ingenuity, connectivity and design. As for the the tech improvements to the Series 6 device itself, it has a new S6 processor which will allegedly make it 20% faster and also a new software, watchOS 7. It also now offers blood oxygen (SpO2) monitoring. It comes in the same 44mm and 40mm sizes as the Series 5 with the same display and designs.

Apple's latest product announcements follow on from its announcement of an updates version of the iPhone SE earlier in the year. More to come.