You don't need to have paid particular attention to Harry Styles to clock his strong ties with Gucci, much less his recent collaboration with the Italian Maison's creative director Alessandro Michele. Back in July, the pair announced the partnership known formally as Gucci HA HA HA in line with the initials of Michele and Style's first names (and the test messages their text history). And although we've glanced at the collection already, a new campaign from the duo sees the clothes worn by Harry Styles, just as it was first imagined. 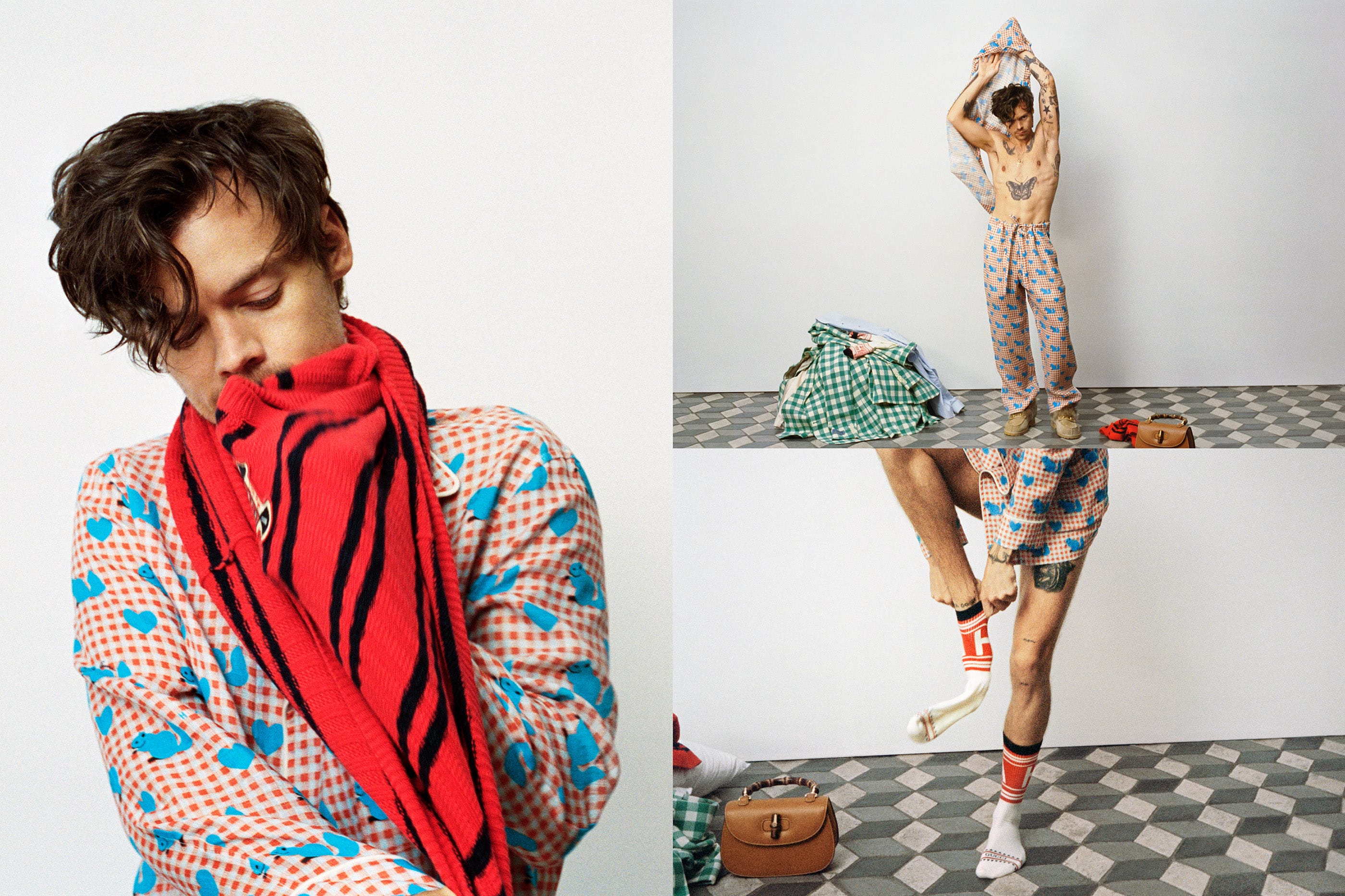 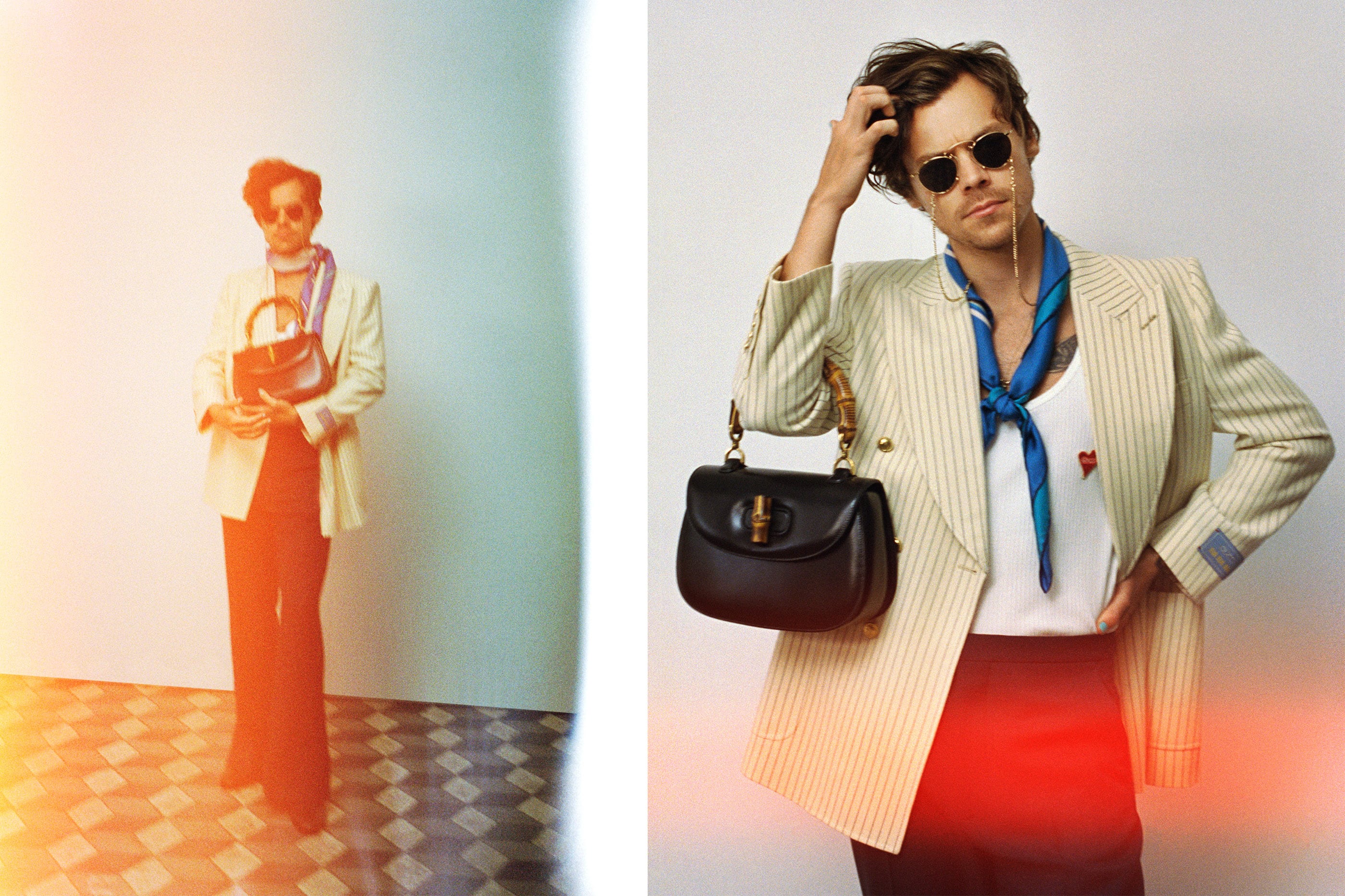 Lensed by Mark Borthwick, the accompanying film feels akin to the front cover of Style's latest album Harry's House, shot by photographer Hanna Moo. It's set up is sparse with Cesca and Bentwood chairs used as props, alongside green and maroon lounges. Wind chimes tinkle in the background as Harry Styles potters about getting dressed and undressed; putting loafers, Gucci's Bamboo 1947 handbag, three-piece tuxedos and pyjamas through their paces. It feels equal parts Michele and Styles, both with their own playful approach to fashion, where magic, theatre and life's quiet absurdities take centre stage.

Speaking of the collection, Harry Styles said in a press release, "I’m so happy to see this project finally come to life. I’ve known Alessandro for years now," he says "and he’s always been one of my favourite people. I’m always inspired watching him work, so doing this collaboration with my friend was very special to me.” 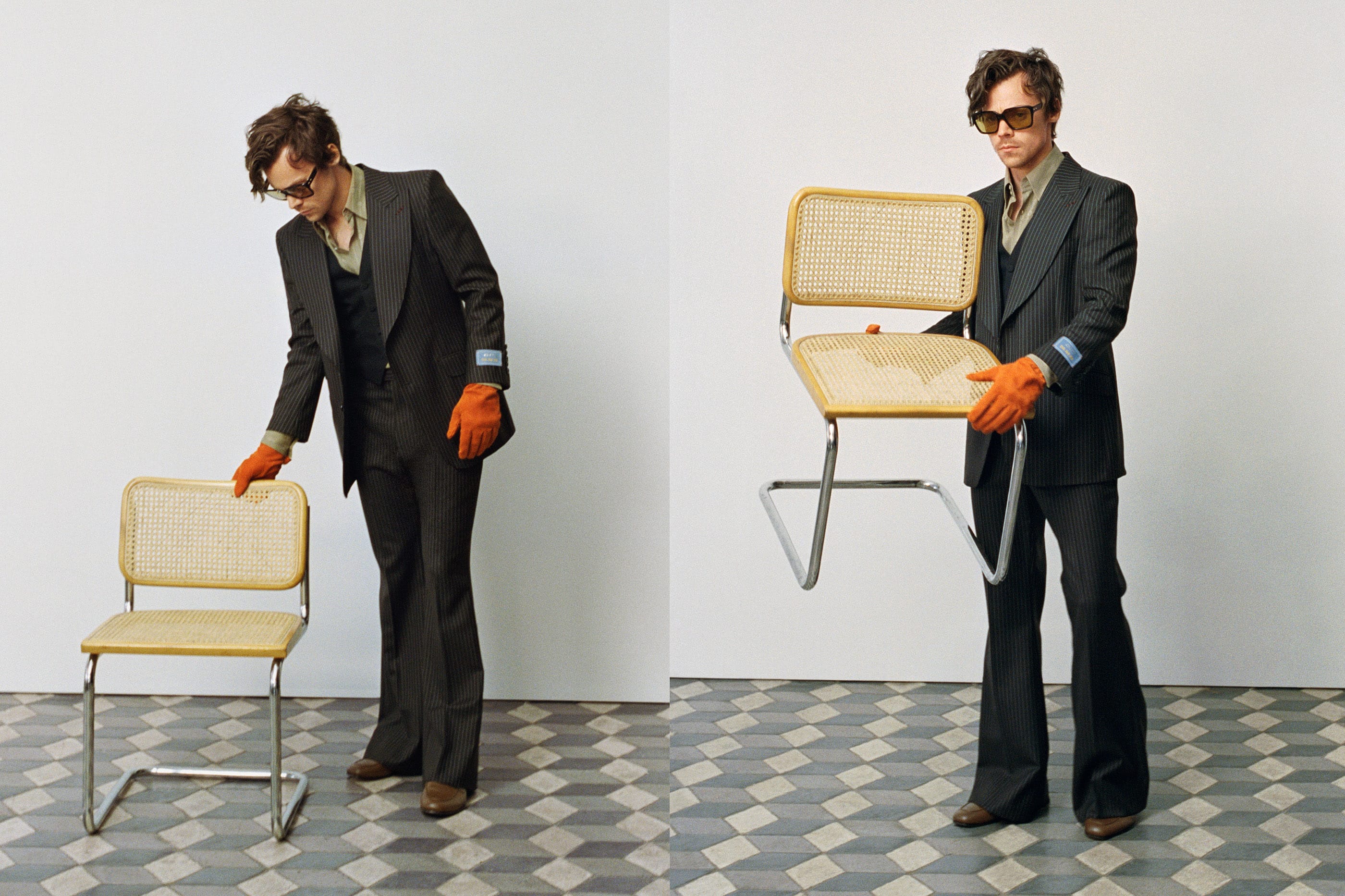 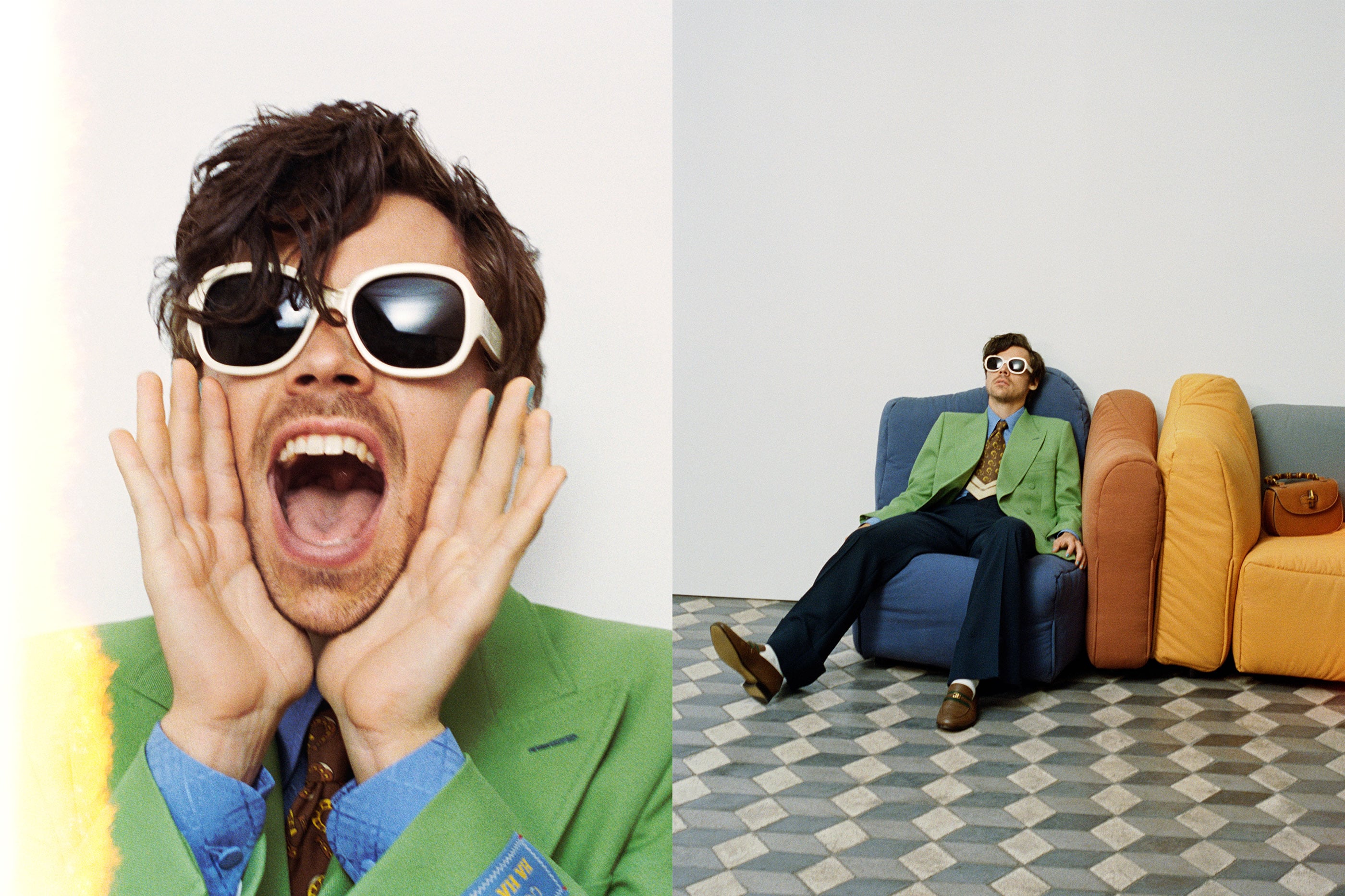 The campaign itself is entitled Liberated Vanity, and is intended to capture the dream wardrobe, where masculinity and femininity intermingle. However, tailoring and old world suiting definitely draws the eye, with a Styles moment for every occasion. Personally, I'm obsessed with those sandy horsebit slippers.

You can shop pieces from the Gucci HA HA HA collection in-store and online now at the Gucci website.

PREVIOUS
A night at the museum: Louis Vuitton transforms The Rocks with travelling SEE LV exhibition
NEXT
The best looks from the LACMA Art + Film Gala