Blessed wants you to feel consoled and healed by music.

It's why his latest musical project and debut mixtape is called Music is the Medicine. He says music is "this universal language that we all just intuitively understand". A language that can soothe the body and mend the soul.

Years in the making, this mixtape is an introspective body of work that shows exactly why there is so much hype around this unique Australian artist. We caught up with Blessed just after the release of Music is the Medicine to discuss life, love and personal style. He shared why he's excited for Australian music in the new year and why he's always the D&M guy at parties.

You've got some new music coming out Music is the Medicine. Tell us a bit about it?

Music is the Medicine is my first my full length project. The concept line is basically just the different frequencies that are, you know, that make up music and the way that they affect the body, the mind and spirit in different ways.

I guess the overall idea that music, like escapism, heals trauma,. It's just there for you during different situations in your life. Like, for me, especially because I make music. Going through a breakup, which was a long time ago, but it's still kind of on. Going through that kind of situation and having certain songs that I would go to that would make me feel better, or songs that would make me feel sad. But I'd feel better going through that sadness, you know what I mean? Like, it's almost that consoling elements of music.

I just really wanted to make a project that one has a kind of like science and like nerdy kind of shit behind it - that I'm into. And then also have that healing aspect. And that aspect of like, music has always been there. It's this universal language that we all just intuitively understand of just our ears. But also it hits deeper than just that. It hits the heartstrings and also hits the soul. And so it's different for everyone. But I felt like having this be my first project and just pushing out a positive message and just trying to inspire people in whatever they're going through.  Different songs and different artists go through the exact same thing. That's why we connect so deeply with certain artists and certain songs. 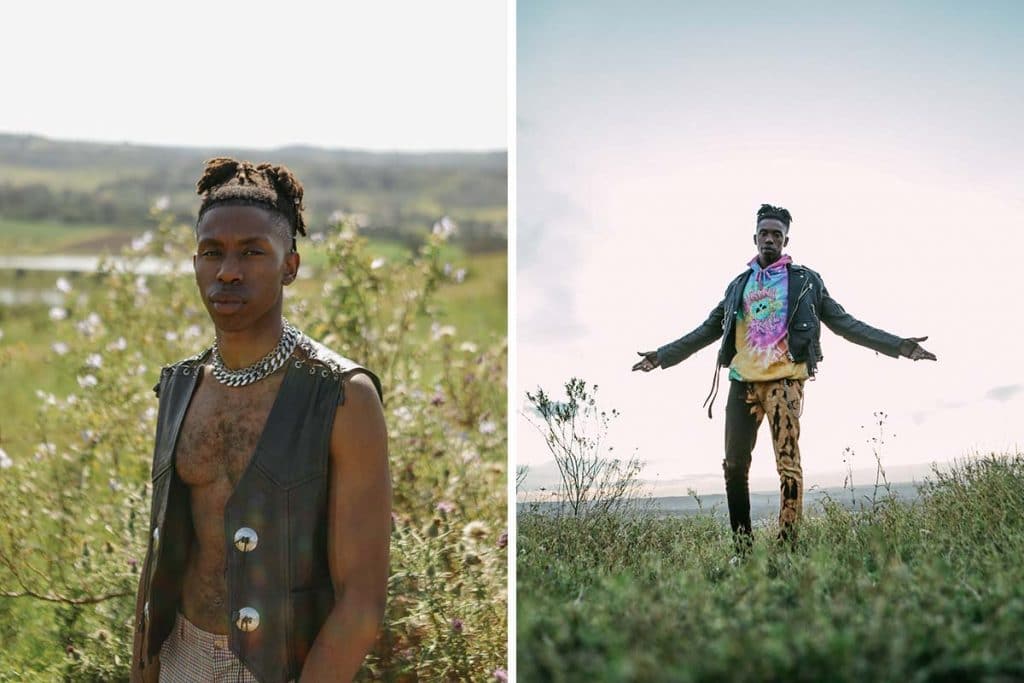 How would you describe your sound?

That's like the hardest question. I don't really think I have a sound. It's just like, it's just a mixture. Obviously, it's a mixture of people who inspires me and what inspires me. And like growing up in Australia. Growing up in Australia, all my mates were like, white. Obviously, because it's Australia. But the music that they listen to was all rock music, and then I kind of pickrd that up and played guitar. And then as I got all that, I fell in love with hip hop as well. So I'd say it's like a mixture between rock and hip hop. I wouldn't say I have a specific sound or anything like that.

Where does your music come from? What are your key inspirations?

I'd say just life. A lot of my music is very introspective. Like it's really just my life, what I've gone through, and the people around me as well. I feel like I'm an empath. So like I feel a lot of other people's issues and like people come to me with issues all the time. So I'm like that kind of that D&M guy at the party? Pretty much.

What inspires me is this like, different emotions, different situations that I go through and that I can have people around me as well and I feel like I soak it all up like a sponge and spit it out. 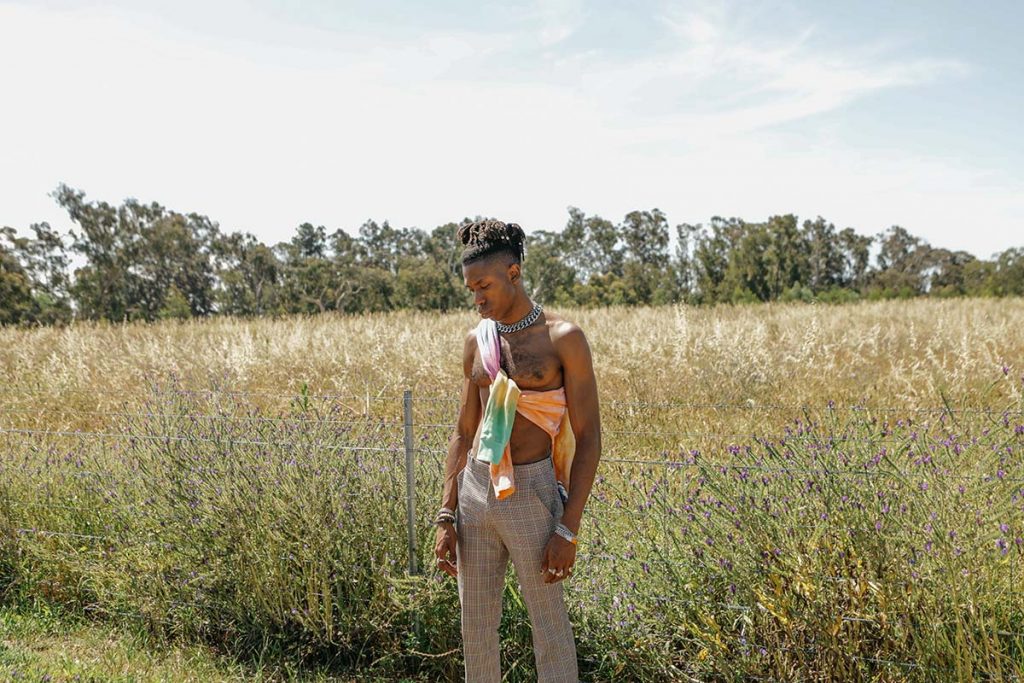 How have you been staying creative during 2020 time?

To be honest, like, I'm a recluse, anyway, like, I kind of keep to myself. I don't go out too much and do too much. So like, I've been making - I think I made more music this year than I've made ever. I've been on a very interesting journey, like a spiritual journey as well. Like, just discovering all these different ideals and all these different  philosophies and that resonate with my soul. So I've just been just making more music as I learn more things. So I guess, yeah, this year, it's been a good year for me. I can't complain, which is really like sad, because for other people its been hell. Just to see how the world really like changing a lot of people, you know, becoming depressed because lockdown and all this chaos that's going on around the world. But to me, it's been great, which is, good and bad.

You've got first headline shows coming up. Tell us a little about that?

It's going to be me performing the project with my friends. It's just to be at Mary's underground which is fun. It has a super cool, lounge-esque vibe. It used to be a blues venue, like back in the day. And I'm just excited to perform again. The last show I did was in Paris, like, in February. We're keen to play again for sure. 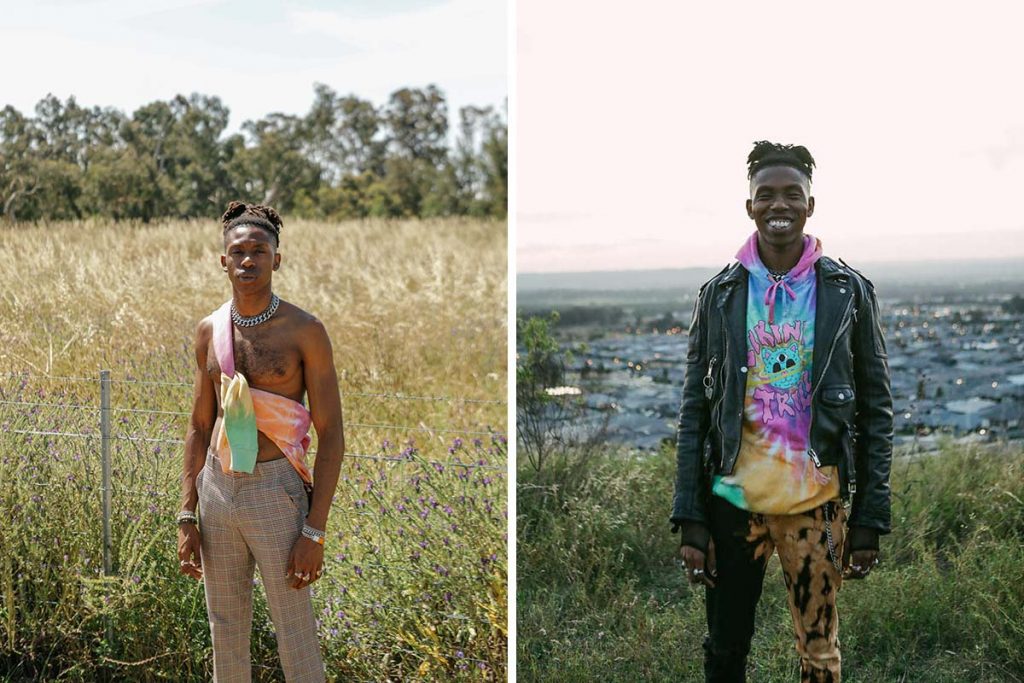 What do you think the future looks like for live music in this kind of post COVID era?

Honestly, I have no idea. I know what I'm hoping for. I'm hoping that, especially since you know, the outside borders, like Australia itself, borders are closed. I'm hoping that Aussie artists will get like, a bigger look from Australia. Like Australia will have to look to their own artist and their own creatives for entertainment that escapism. And festivals, we'll have all Aussie lineups. And that's kind of my like, utopian look at what could happen in the next year. But I guess that already depends on the government.

What inspires your approach to fashion and style?

And I'd say like, that's like different eras. I'm really into the 70s and like Jimi Hendrix, just his whole style aesthetic and his approach of wearing like excessive jewellery and different leather pieces and stuff. But I'd say eras like in like the 90s and like skating era and I tend to like lean towards pieces from a specific time when it comes to like clothing - rather than street wear or high fashion. Everybody does that. Like I'd rather just express myself in a different way, like, just be more aligned with what inspired me from the start. Growing up what I used to see on TV or in the movies and just like, take bits and pieces of that and just put it together for an outfit.

Do you have a style icon?

What what are you excited for in the New Year?

In 2021? Well, I guess what I'm really excited for is just working on the next project with my friends, because I keep everything and everything I do is very in house. It's just like, everyone, everyone I work with. I've known for years and years and years. And like, we all have this, like trust this, and just positive energy around us. So, I feel like next year, this year was really like just testing out, you know, what we could do and just putting this project together this mixtape and the visuals. But next year, I feel like there's going to be such more of a second grander vision. So I'm just excited to create but, not just create by myself in my bedroom, but create with my friends and collaborate and just make something. You know, hopefully it makes something extraordinary.

Listen to Music is the Medicine.

Our hearts are with the Petito family during this time.

Who thought it was good idea to bring a 74-year-old sceptic to a noisy fashion event at 7pm?