It's no secret that the 90s have made their way into the zeitgeist once more; influencing every aspect of pop-culture, from film, music, beauty and of course, fashion. While the resurgence of 90s fashion has been met with mixed emotion, here at RUSSH, we are embracing every, and any, opportunity to tap into some sartorial nostalgia.

An unforgettable era, 90s fashion was defined by the likes of supermodels Kate Moss, Naomi Campbell and Cindy Crawford – just a handful of women who inspired creatives like Gianni Versace and Karl Lagerfeld to design covetable collections that have since made their mark on the fashion industry.

Certainly, there are plenty of fashion blunders we are more than happy to leave in the past. But for every 90s fashion mistake, there are a plethora of iconic trends we are elated to wear again – and several more we've never stopped loving. Below, we round up the 90s fashion moments we still love in 2020. 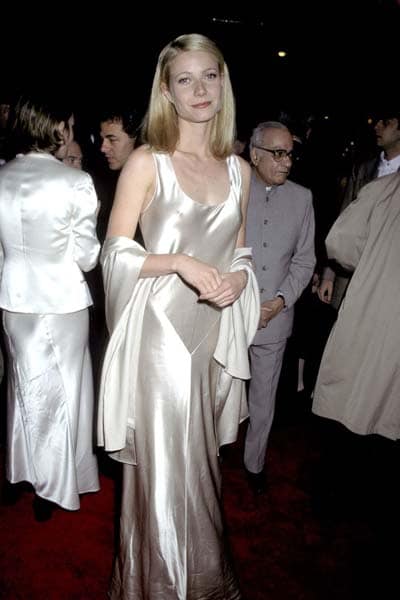 We can all agree that the humble slip dress will forever hold a place in our hearts as the ultimate wardrobe staple. Although originally treated as a more formal piece, worn on the red carpet by Kate Moss, Gwyneth Paltrow and Drew Barrymore, the slip dress has taken on a more casual iteration than its 90s fashion-counterpart, now being paired in 2020 with sneakers or layered with sweaters or oversized shirts. 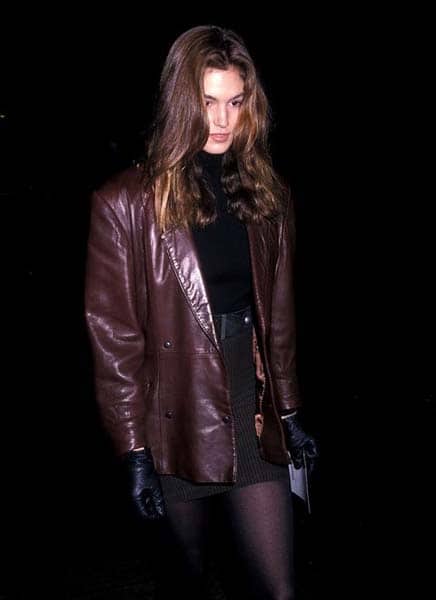 We're all familiar with the enduring allure of a well-made blazer. Made out of leather, this wardrobe essential received the ultimate 90s treatment, and in 2020 brands are bringing the Matrix-inspired iteration back. We love this look during the cooler months, offering a more elevated spin on the traditional suit jacket. 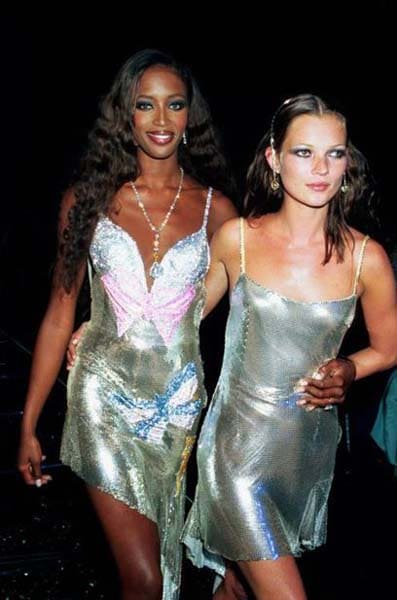 A defining material of 90s fashion, chain mail became a supermodel go-to in the way of formal attire. Seen on runways, red carpets and at almost every New York party, chain mail has featured in just about every way; from ready-to-wear, to accessories. In 2o20, the instantly recognisable chain detailing is taking on a more casual approach, featured predominately in accessories such as Paco Rabanne's chainmail bag or Chanel's iconic layered belts.

Playing into the grunge aesthetic, plaid was one of 90s fashion's era-defining patterns, worn by the likes of Kurt Cobain, Claire Danes's Angela Chase in My So-Called Life, and iconically by Cher Horowitz in Clueless. We're continuing to embrace this classic print through sleek tailoring, and minimal accessories, like this adorable Dries Van Noten pillow bag. 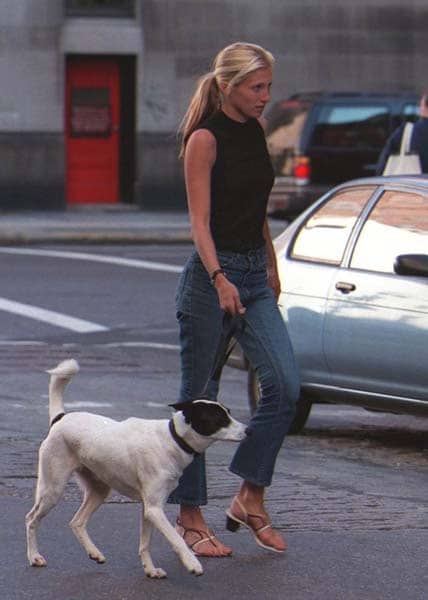 A wardrobe staple, the strappy heel has survived the realms of time and space, remaining a popular footwear option from the 90s through to 2020. Although designs have evolved over the years, one thing continues to ring true – the more straps, the better. 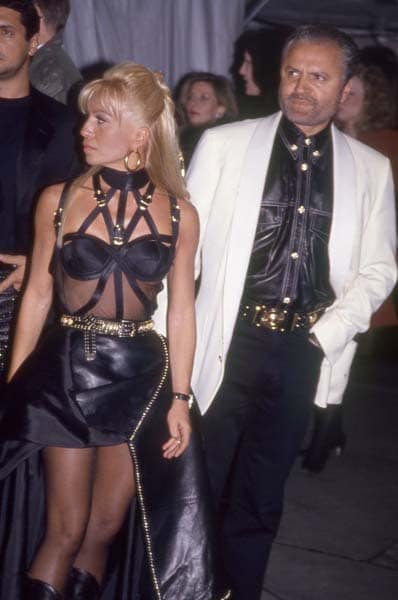 A cause lead heavily by 90s sibling duo Gianni and Donatella Versace, the corset transitioned seamlessly from the stage of Moulin Rouge to Hollywood's biggest red carpets. It's made its way back into the sartorial cycle, with Dion Lee's corded lace corset becoming one of the most popular fashion pieces of the last season. 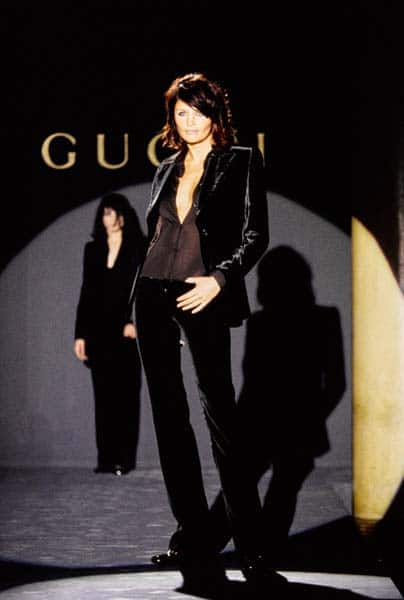 Tom Ford for Gucci's 1995 runway show put velvet well and truly on the map of 90s fashion trends. Over the last few years, the luxurious material has been reimagined by the fashion houses' current creative director, Alessandro Michelle – championing velvet in the form of loafers, handbags, purses and ready-to-wear. 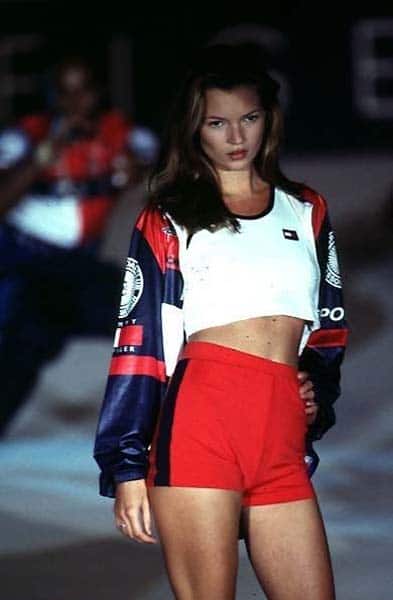 Bike shorts, oversized sweaters and chunky sneakers – 90s sportswear continues to leave its mark on the fashion industry two decades on from its original inception. One element of the trend we are particularly fond of is colour-blocking – a 90s 'moment' sustainable Australian activewear label, Nagnata, champion through their collections. 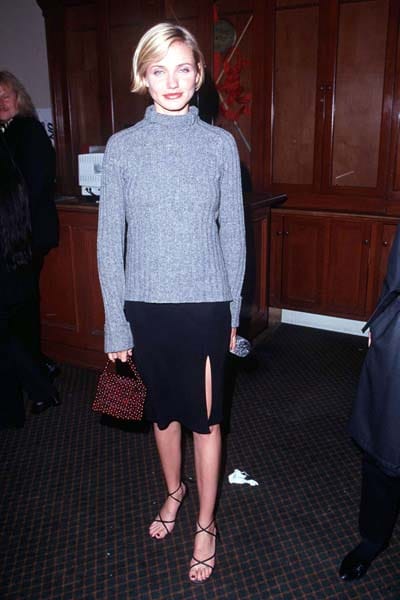 This 90s fashion trend needs no introduction. The micro handbag is an accessory the world is well-versed in, with designers like Jacquemus leading the way with their iconic Le Chiquito bag. 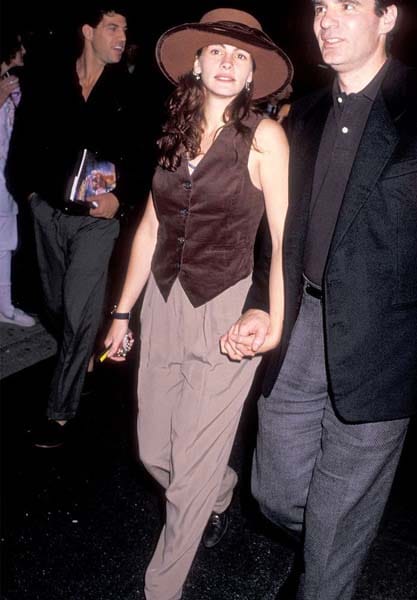 Taking the three-piece suit to new heights, the 90s encouraged a trend of wearing a waistcoat as a seperate – a sartorial move pioneered by the etherial Julia Roberts. Worn as a top rather than as part of a set, the waistcoat has been reimagined again in 2020, seen on the style set, models and fashion trend-setters who are sporting the look as both a layered piece or in its more traditional form with matching suit trousers. 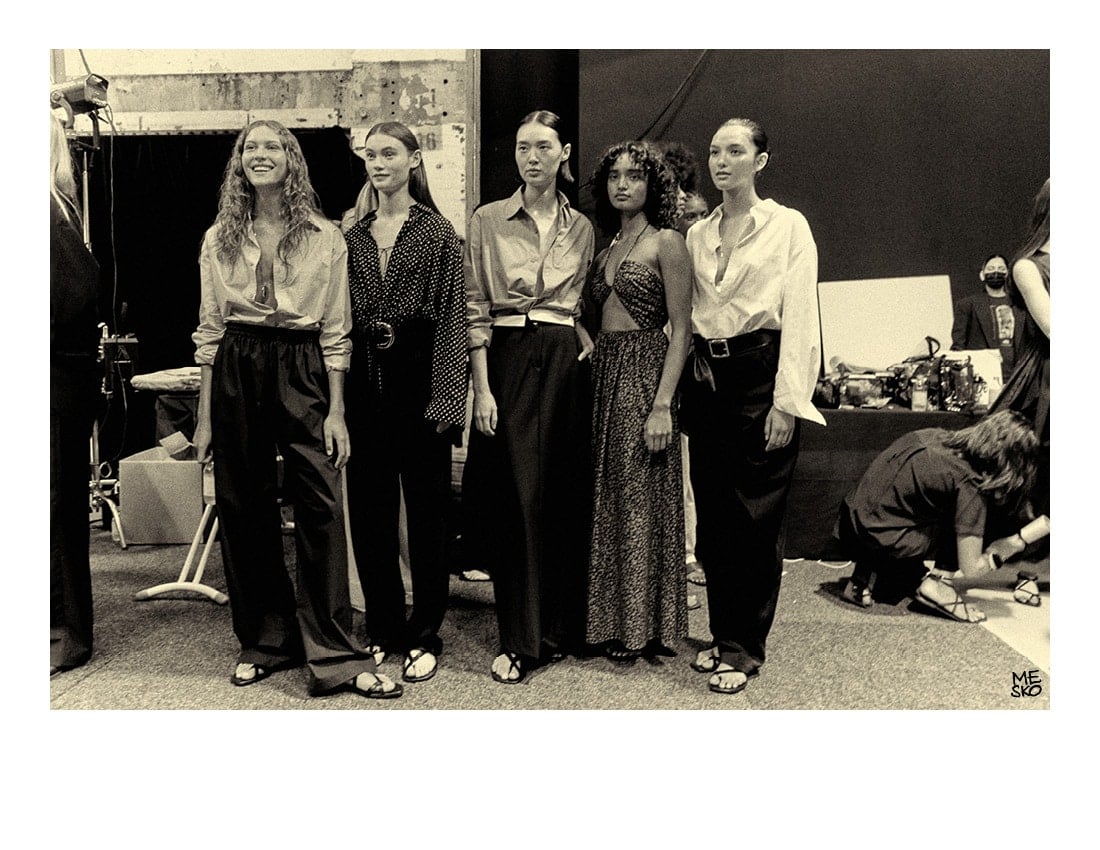 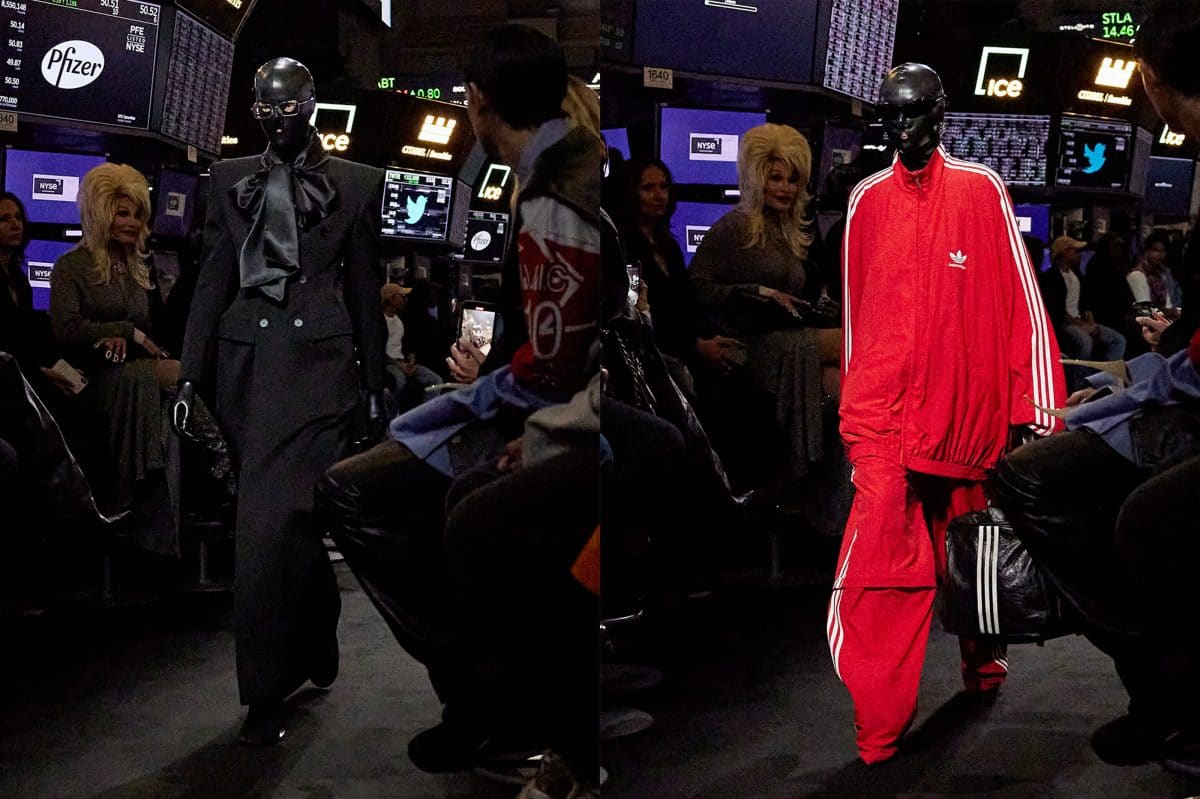 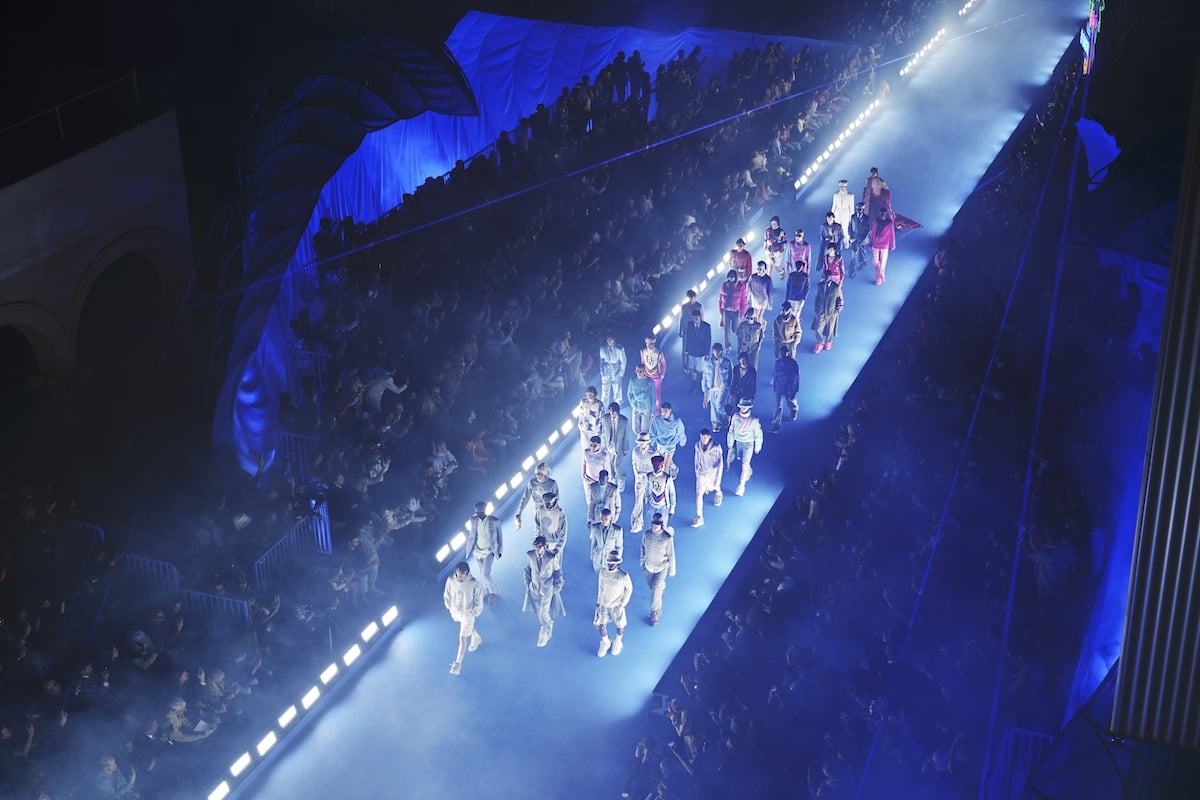