You don't have to be a full-blown sneakerhead to clock the value sneakers add to a wardrobe. There's nearly no event these days where a pair of sneakers can't be subbed in in place of heels. Especially here in Australia, where casual is the style modus operandi.

So what's making waves in the sneaker world this year? More than six months deep into 2022, we can safely relay that sneaker trends have slimmed down. While you'll still catch bulky trail running styles in droves, and anyone with their ear to the ground will sense that the Nike Shox renaissance is almost upon us, at this stage, it seems the winds are shifting towards dainty soccer-forward silhouettes like the Adidas Samba, Japan or Onitsuka Tiger Mexico 66. Consider this our sneaker trend forecast for 2022. These are the styles you'll be wearing in a hot second, if you aren't already. 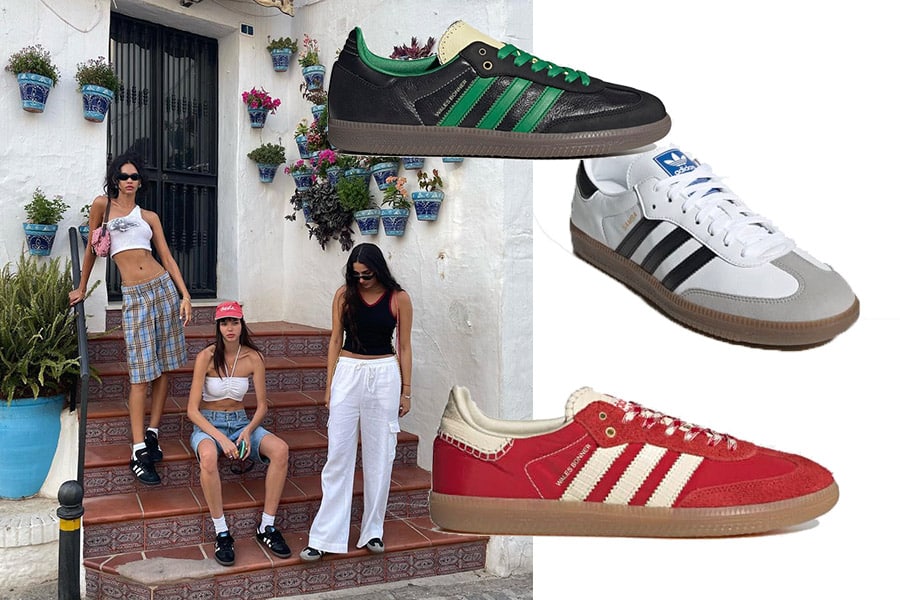 Let's begin with the most obvious. The return of the Adidas Samba has long been brewing in the background, especially among those who appreciate its historical ties to football. But we owe it to the various collaborations between Adidas and Grace Wales Bonner for its current resurgence Throw into the mix some clever, nostalgic styling of the sneaker by Bella Hadid, then Hailey Bieber, Jordan Daniels and other models with a presence on Instagram, and you've got a viral sneaker on your hands.

If you're into the look of the Samba, but are looking for something outside the buzz, why not go for the Adidas Japan or Italia. Otherwise, if you've got cash burning a hole in your pocket, Adidas and Gucci have dreamt up some pretty sexy Gazelles. Do it for us. 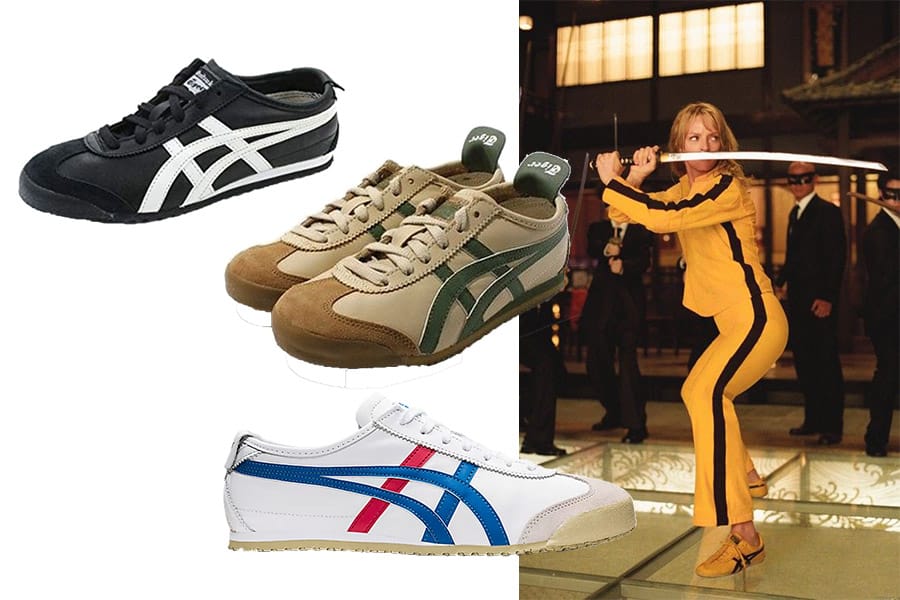 Like most sneakers, the Mexico 66 style from Onitsuka Tiger comes with its own origin story. Far from simply being the shoe Uma Thurman wears in Kill Bill, they were designed initially as a style for athletics, and in 1968 were selected as the official sneaker of the Olympic Games in Mexico City. Their shape has always seen them compared to other sneakers like the Adidas Samba, but if it's something classic yet a little less on the nose that you seek, give these a spin. We love the retro-inspired colourways. 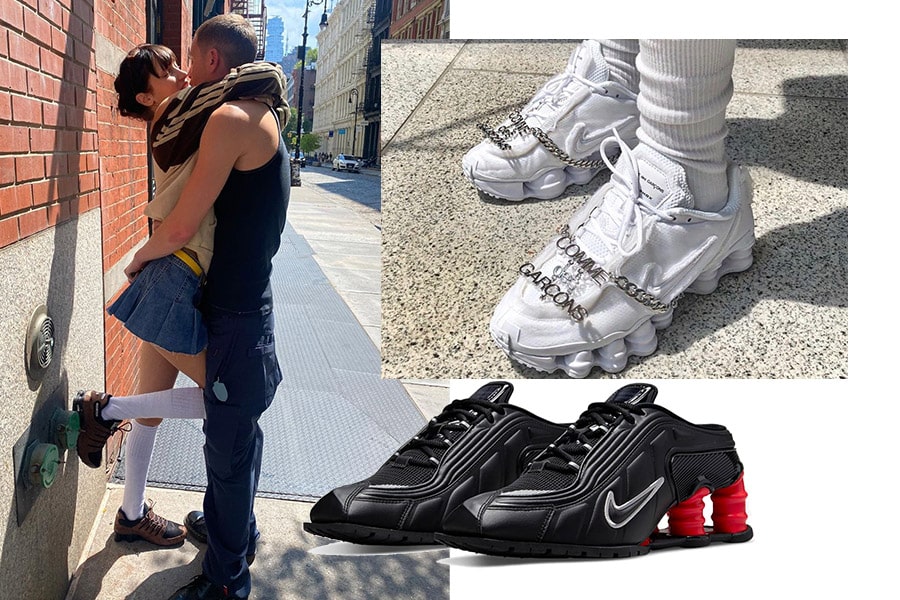 A noughties staple that became something of a status symbol in the Western Suburbs of Sydney where I grew up, the bulky Nike Shox is back with a vengeance. Identifiable by its springy 'pistons' wedged between tread and sole, we first saw the technology used by Eric Avar in the Nike BB4 basketball shoe, which then progressed onto the ankle-height style we know today.

In June this year, Nike teamed up with Supreme, reimagining the Shox and by proxy, rebooting it for our current context. Martine Rose also just released a pair with Nike, designed as slip-on sneaker that I'm still mourning missing out on. Also, our Senior Fashion Editor Hannah Cooper has a Comme Des Garcons iteration from its spring summer 2019 show that she needs to keep under lock and key, lest someone (aka myself) steals them in broad daylight. The last thing I will say on the subject is that Bella Hadid was seen wearing them recently, so there's my proof, your honor. 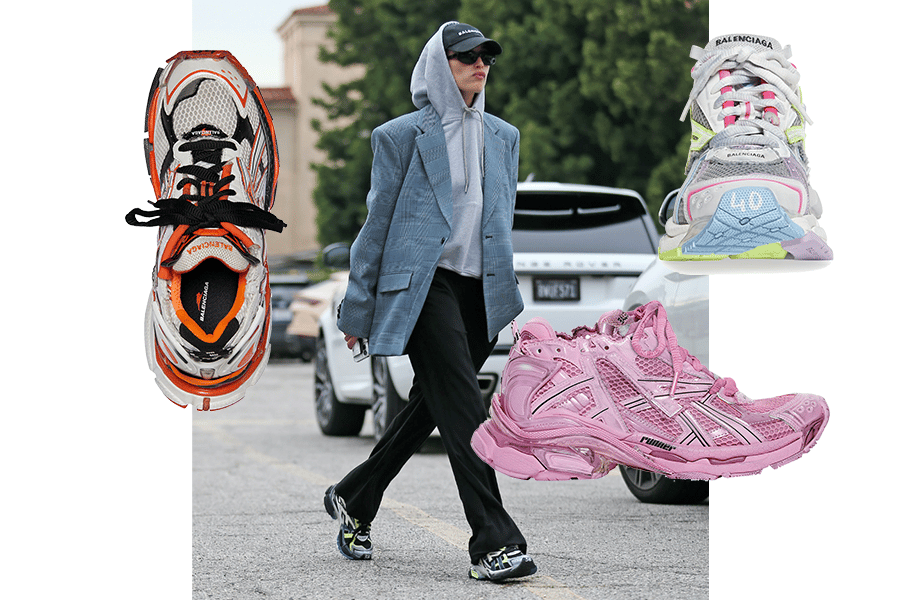 Riffing off of Asics and the so-called Dad sneakers from New Balance, aka the 993 style, Balenciaga taps into our thirst for ugly, normcore kicks with its Runner Trainers. Of course, you could save yourself the hefty price tag by just buying a pair of run-of-the-mill Asics Gel Sonomas or at least trying to nab any of the Kiko Kostadinov collabs, but there are some itches that will only be scratched by Balenciaga. It's true. 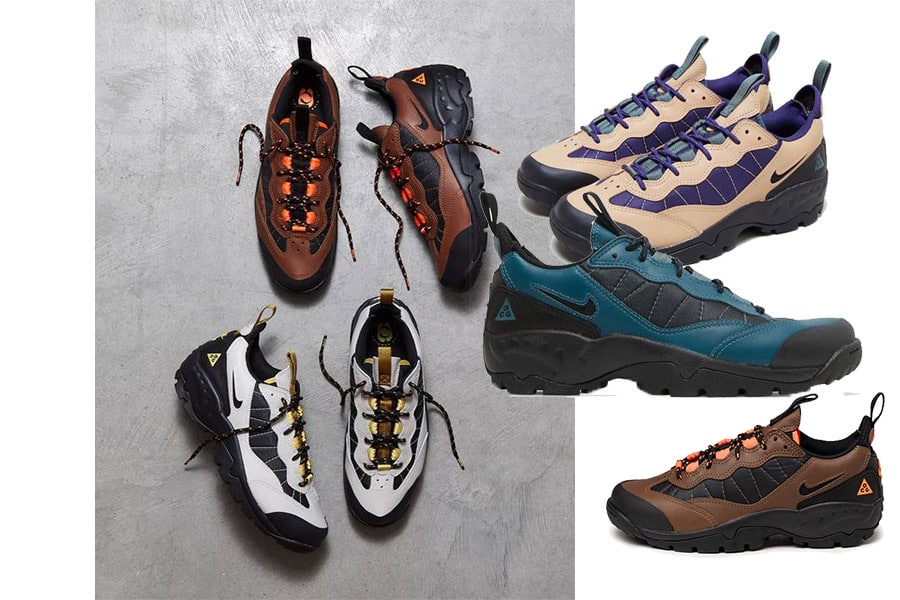 Trail running shoes have been hitting the pavement for a few years now, a result of our obsession with gorpcore and technical wear. A pair of Salomons come with their own baggage, considering every second person in the Inner West is sporting them these days. And although we did perk up at the Jacquemus x Nike collaboration which relaunched the Humara back into the mainstream, we were too slow to snap up a set. Which leads us to another mountaineering-forward style, the Nike All Conditions Gear Air Mada. Nature-ready since its inception in the 1994, the Air Mada fell into relative obscurity enjoying a small but loyal following until now. We dig the Sandalwood colourway, but just about all of them will send your heart thumping.

PREVIOUS
A moment for the unmatched girlband style of Destiny's Child.
NEXT
New Zealand designers are at the forefront of fashion: these are our favourites