Designer Opening Ceremony has teamed up with none other than legendary New York hip-hop group Beastie Boys. The duo have worked together on a limited-edition collection of graphic pieces that'll you find exclusively on Farfetch right now.

The fashion collaboration has been inspired by classic tour paraphernalia. It's Opening Ceremony's tribute to Beastie Boys' merch, transformed into a collectible. Taking inspiration from the group’s classic album and singles covers, Opening Ceremony paired them with artists Kim Gordon, Raymond Pettibon, Bill McMullen, Geoff McFetridge, and Nejc Prah - all whom created new works based on the albums they love.

The collection is inspired by The Beastie Boys' most iconic music and has been released alongside the launch of the band's new documentary - Beastie Boys Story - which was released on the 26th anniversary of the band's album, Ill Communication. 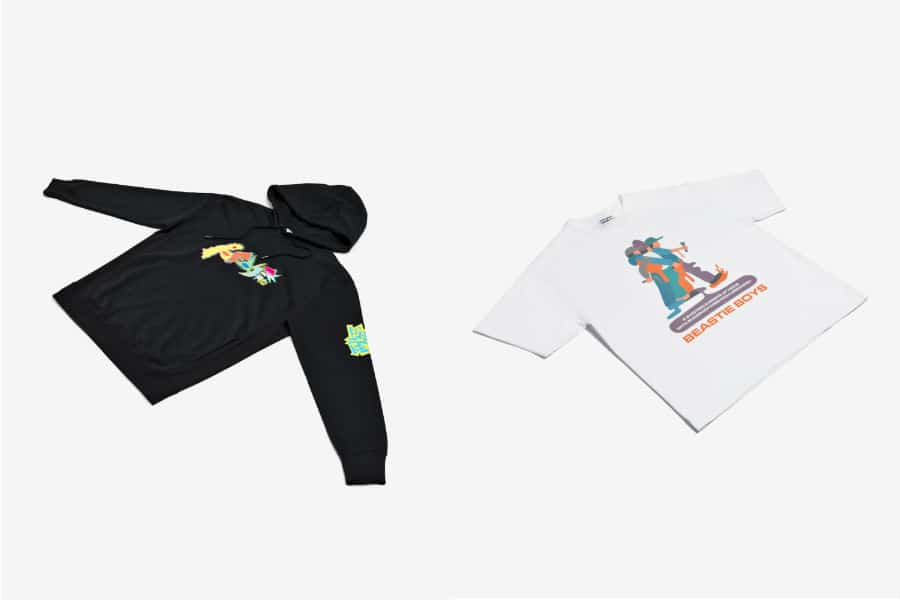 Directed by Spike Jonze, long-term friend and collaborator of the group, it tells the story of their legacy and cultural significance across both music and fashion.

Opening Ceremony Co-Founder & Creative Director Humberto Leon shared some of his earliest memories of the Beastie Boys, and how he came to be involved with this collab.

"During school dances when I remember hearing "Brass Monkey" and all the kids would be going crazy! "Fight for Your Right" was a popular song that we would all listen to while driving to school.  My sisters were older, and they introduced me to this music, along with big bangs and crimped hair."

"When I first met Adam (Ad-Rock) and Mike, it felt like meeting my teenage idols. They're incredible guys, casual and down to earth. I worked with Mike D on my second Kenzo Men's show where he did the music. We have been friends since." 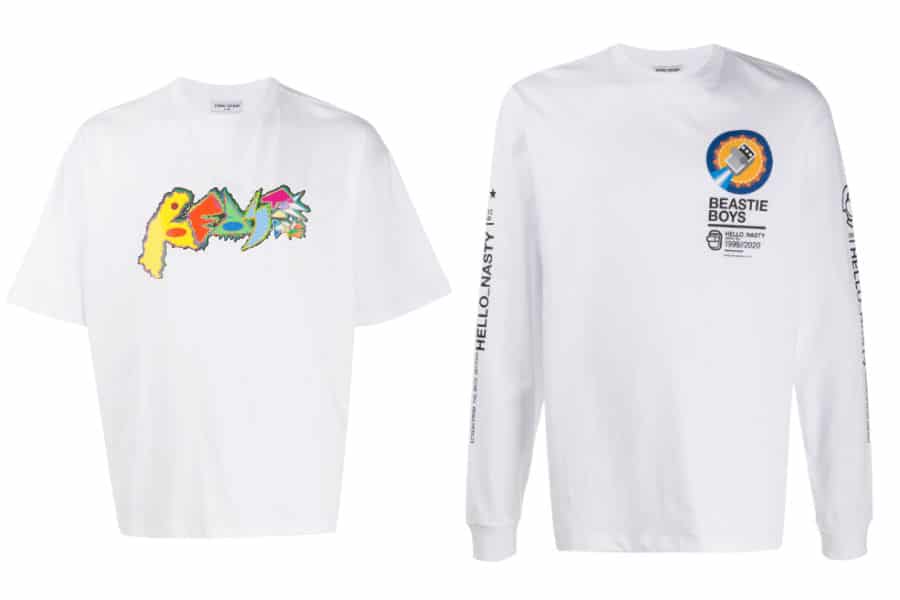 "Spike, Adam, and Mike asked me if Opening Ceremony could create merch, and we proposed the idea of taking their classic albums and singles, pairing them with relevant artists, and creating new versions of the album covers.  We enlisted the talent of Kim Gordon, Raymond Pettibon, Bill McMullen, Geoff McFetridge, and Nejc Prah, all who have amazing points of view. "

Head to Farfetch now to see the full collection.

PREVIOUS
LOEWE is working to protect vulnerable children affected by coronavirus
NEXT
London Fashion Week SS 21 will happen, but online