An investigation into why fans think Jennie is behind Nieeh.

Korean fashion label Nieeh was founded in 2019 and has been a cult favourite ever since. The brand is know for its minimal styles, neutral palette and in particular its bags with a decorative chain link strap. But it's not the brand's fab and fashion-forward styles that is the target of a recent surge of hype.

Many people on the Internet have a sneaking suspicion that Blackpink's Jennie is secretly a co-owner of the label. But why? Well, there are a few signs that point to Jennie having a special relationship with this brand. Here's what we know.

Our first clue that suggests Jennie is behind this effortlessly cool label - she wears pieces from the brand rather frequently. She's shared a few Nieeh looks on her Instagram.

Likewise, her Blackpink sisters have also been seen wearing this brand. See below a snap of fashion icon Rosé clad in the brand top to toe. Perhaps to support bandmate Jennie?

Nieeh looks to be a mash up of Jennie and best friend, Chahee's names

The name of the brand itself is a rather large clue. Jennie is alleged to own the brand along with her best friend Chahee. And the actual brand name appears to be a mashup of their names. If you take the end of both their first names and combine them, you end up with 'Nieeh'.

An influencer thanked Jennie for a gift from Nieeh

Perhaps the most telling indicator, Influencer Irene Kim shared an unboxing video of a Nieeh handbag on her Instagram Story. In addition to tagging the brand, she actually tagged Jennie and thanked her. The Instagram Story has of course disappeared, but you can see a screen recording of it on Twitter.

Chahee posted an identical photo one on the Nieeh account

Source Koreaboo very shrewdly noticed that Chahee and Nieeh had both posted on Instagram a photo that was remarkably the same. In fact, it was very nearly identical. It's a rather significant coincidence, or perhaps Chahee's way of letting us in on a secret. 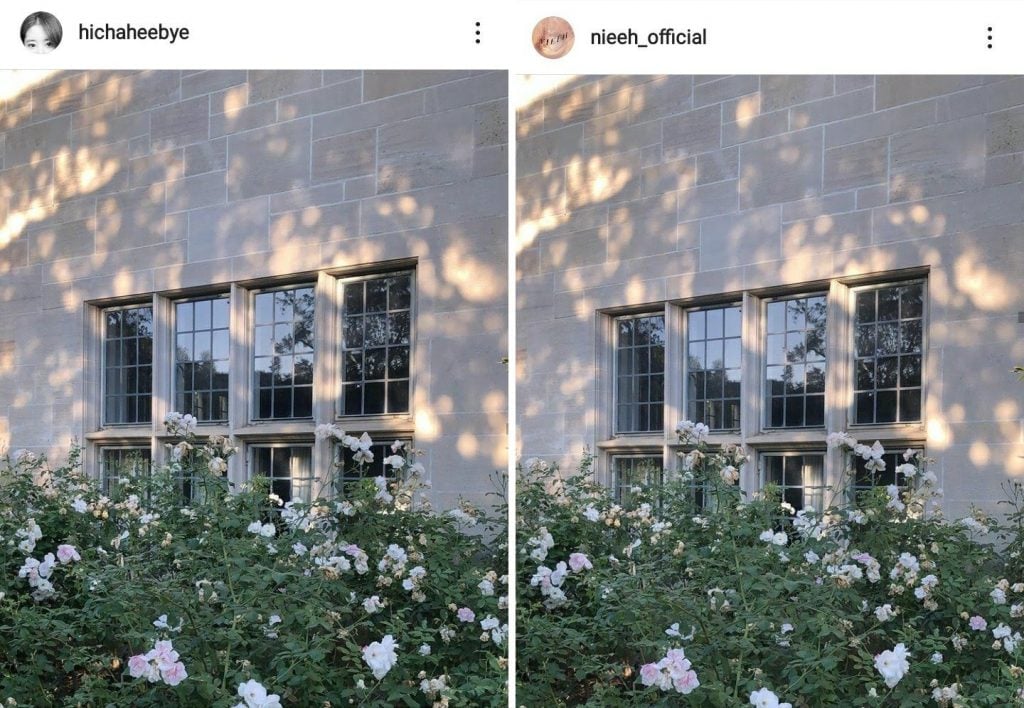 At this stage, it has not been confirmed whether Jennie or Chahee have more than love for the brand. But we have a feeling that all will be revealed very soon.