"I feel like trusting my gut and doing things the way I always saw them in my head is what has kept me going." Christopher Esber has been hailed as Sydney's golden child for some time now. The reason? The above sentiment sums it up. Going with the gut. A practice never to be underestimated, especially when it comes to running a business.

For Esber - the Lebanese-Australian designer who is known best for his faultless tailoring and cut-out-clad silhouettes knows that what goes around comes back around, and somehow, off the back of the chaos of one of his most successful years yet, carries this sentiment close to his heart and leans on it as a rudder to steer him through the process. "I think the scariest moment of it all is just running a business with no funding and manoeuvring through the changes in the most agile way. We have come a long way today, but there was definitely a time early on when I wasn't sure how to get through another season or another year." He explains to me. "I often think about a time when I went to New York to show my collection and became so unwell I wasn’t able to work. I thought that everything would fall apart. I’m not someone who necessarily asks for help, but my team and my close friends all came to my aid. To me that moment meant so much, knowing that people have faith in the brand and my vision. Sometimes when things feel scary it’s important to look back on moments you might have thought things would fall apart to remind yourself again that they won’t.".

Our conversation begins with the intent of talking about his 10 best moments over the decade. 10 years of the realization of the designer's eponymous label. Esber is quiet and considered, keeping things close to his chest, a nod to his humble nature, yet meaning he is a notoriously hard one to pin down. As we talk, we both realise there is more to be said about the decade that has been because the brands history is bound up with his own. The lows and the lessons make it what it is: something special to bear witness to and even more special to wear. 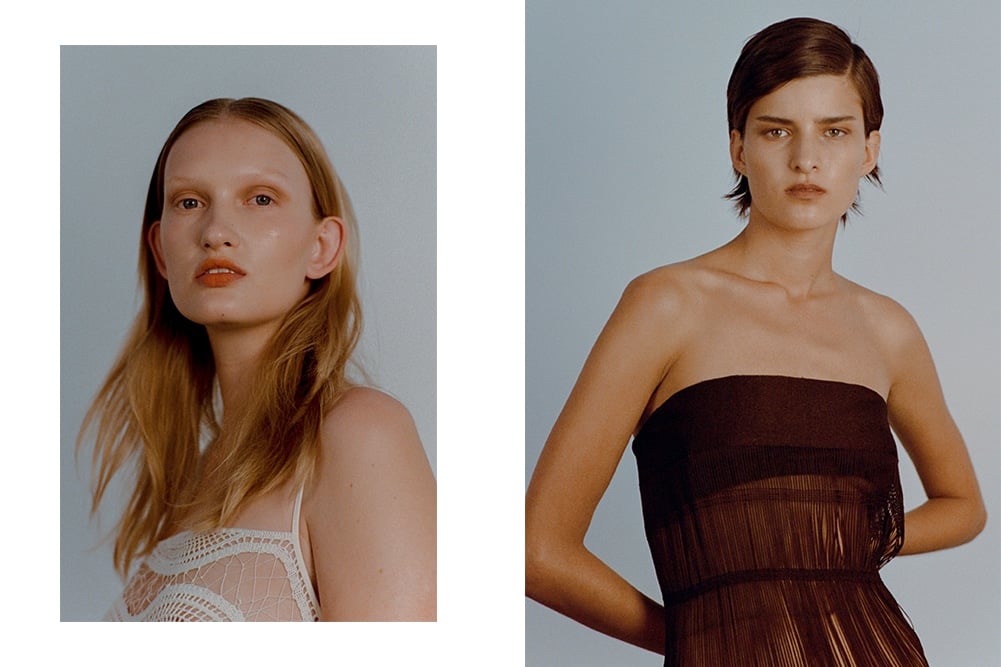 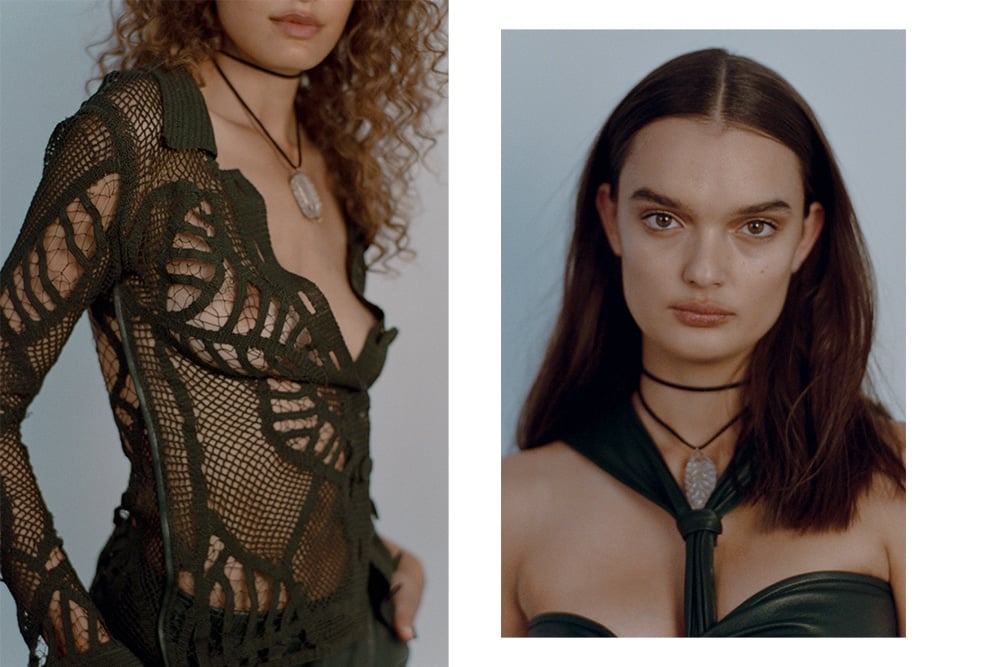 Interviews like this are always more personal when the narrative shifts in a new direction. Esber talks about a moment he thinks about a lot, which firstly is the future, and then "when Tina Arena once walked into the studio unannounced," he recalls. "I wanted to FaceTime my dad [who loves her] right away." Or the most exciting moment..."The most exciting moment has been and always will be when we finish a collection and shoot it. It's usually the first time we see it all together in its entirety. After a long build-up in the studio from ideation to realization, it feels like we’re finally letting all the steam out." He says, "Even better when we have the opportunity to do a runway show, as you can see the whole vision and concept come to life, the energy is always really high, it’s a special time that reminds me why I do it over again." Esber's annual show is one in the calendar that many look forward to. Often created with an off-beat dreamscape in mind, his Spring 21 show was no exception. 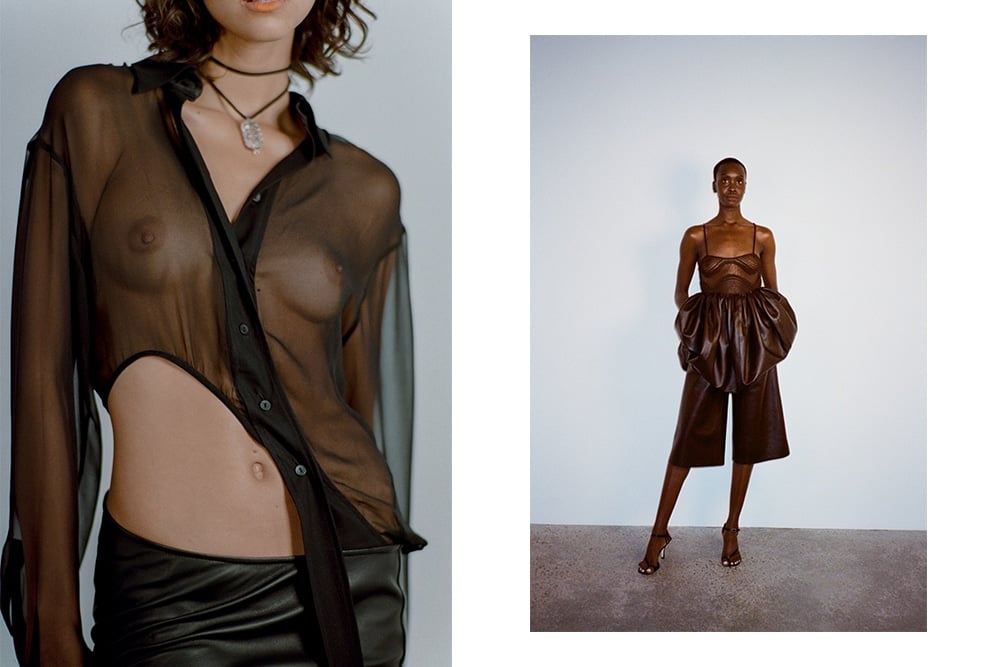 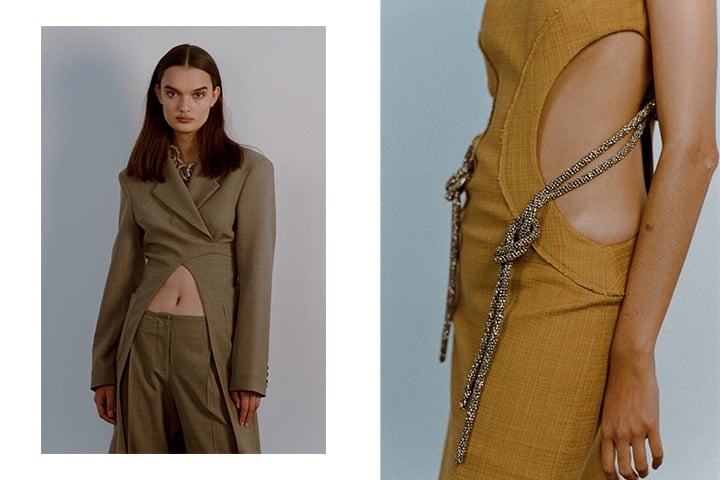 Held virtually on the NYFW schedule in late August, the show marked his 10th. A decade of Christopher Esber was presented amid a tunnel of ivory jersey, an homage to clarity and rebirth. For Esber, it seems his vision finally stands clear. "The biggest moment for me would probably be now. The brand is stocked globally with our dream partners and for me, this means broader acceptance of the brand's ethos and energy, which has been great." he says, "We’ve launched swim which has always been a dream for me, as beach culture is so embedded in the brand's design pillars. The collections now have the product mix and categories where the CE aesthetic is being fully realised which is a really special thing to reflect on after 10 years of work." 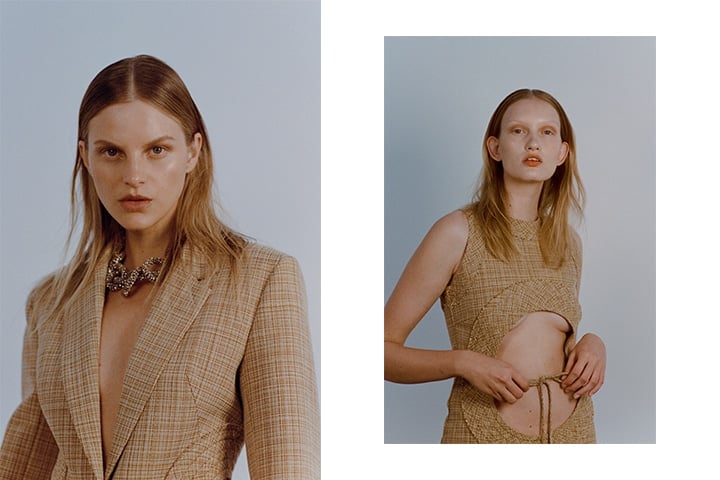 Those who know the brand know what he is referring to. That allusion to holidaying and never-ending bikini ties that makes the brand feel so in-tune with an elevated Australian lens. Spring 21 was a capsule of sorts, with the silhouettes Esber is known so well for, reborn into new iterations, forever leaning on the idea of versatility within each piece. When I ask him about the way that he has grown with this kind of fluidity through the years, he makes the point that he is not alone. "The complexity of managing design and commerce is a never-ending lesson. I work very closely with my team, so we are all on the journey together, in that way it’s an exchange of knowledge that keeps me growing." He goes on to explain this is something he is the most proud of, "I feel really fortunate to have a great team who understand the vision and really care about the brand. Being away for travel and having the business run as needed was a moment when I thought..  ok! everything is fine!" Which, as most people would agree, is true.

For Esber, the world of CE is an ever-growing concept, with little time to reflect on past achievements. Such are hard to ignore when what started out as a slow-burn of success now hits you at maximum speed, an energy that is translated upon wearing a piece that most-likely fits you like a glove, and could have been worn by any number of celebrities who cherish the brand. Zendaya, Dua Lipa, Solange, and Emily Ratajkowski, to name a few. 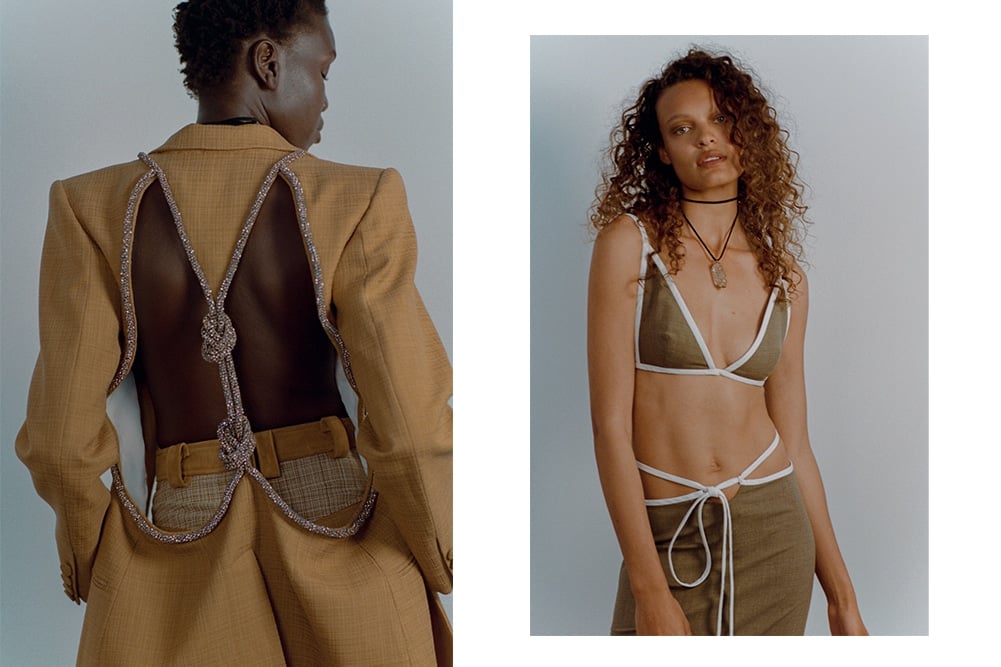 When I ask Esber about his most hard-earned moment, he shrugs, "I suppose the fact that we're here with the world as it is. We're strongest we've ever been, which feels like a really big achievement given the circumstances for so many." he reflects, "That is probably the most hard-earned moment and one I don’t think I’ll ever take for granted."

PREVIOUS
Mejuri and FRAME collaborate on the 70s-inspired jewellery line of our dreams
NEXT
The 2020 Ethical Fashion Report is here: What does this mean for Australian fashion? 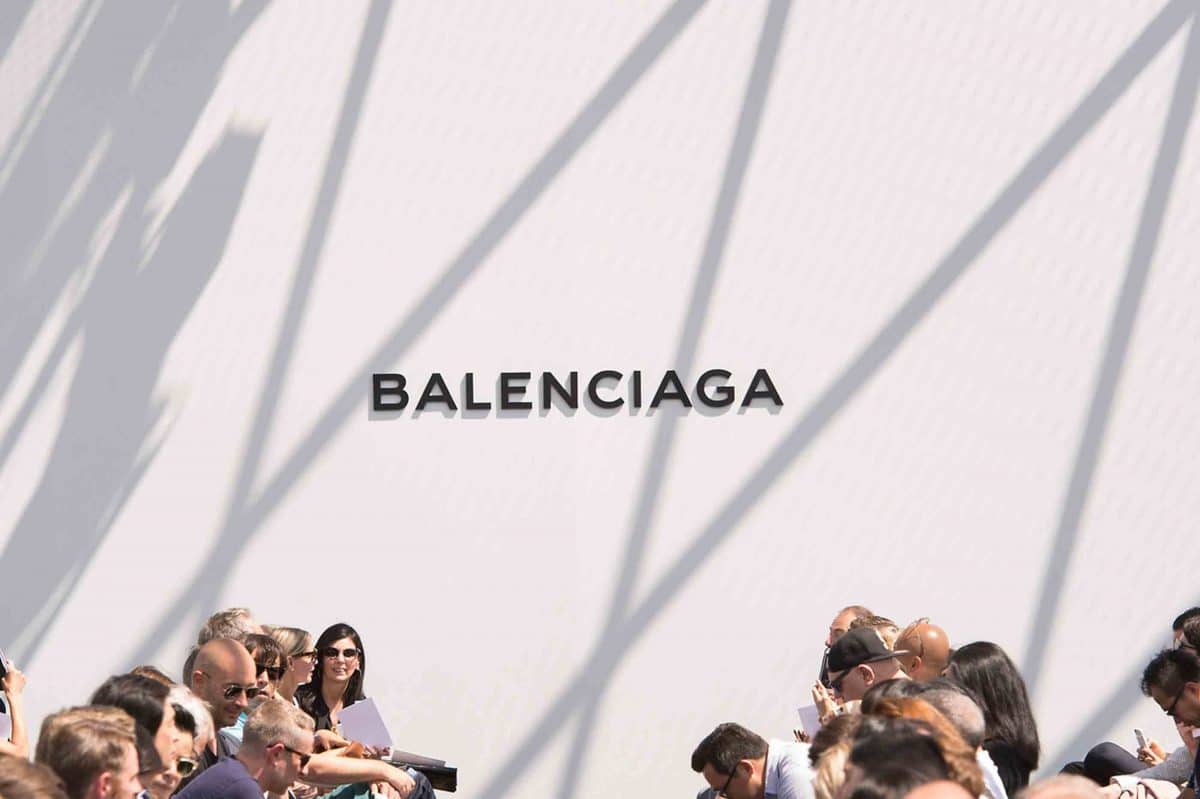 The support from Balenciaga will enable NCA to train nearly 2,000 professionals specialised in child abuse and up to an estimated 55,000 children will benefit from the program.