“I'm still learning to grow, but I have never been so proud of myself, and it only gets better.” For Charlotte Carey, 2020 was a year of immense growth. The model and pilot-in-training who has been sober for 18 months has found her voice, and at JFK airport, 20-minutes before boarding a flight back to London, she is unafraid to tell me how she got here. A re-meeting of self, fuelled by connection – to herself and to her family – is the force behind the care Carey has afforded herself in the past year. In turn, the reward is clarity, presence, and a sense of unbridled authenticity. With Carey, it feels as though nothing is off limits. She is generous with spirit and time, as captured by photographer Andrew Arthur, who lensed Carey for RUSSH in New York alongside stylist Chloe Brinklow – a marrying of creativity to cultivate hope amid chaos. Below, Carey speaks with us on becoming a pilot, calling on change in the industry, and what the gift of growth has brought her through our current time. 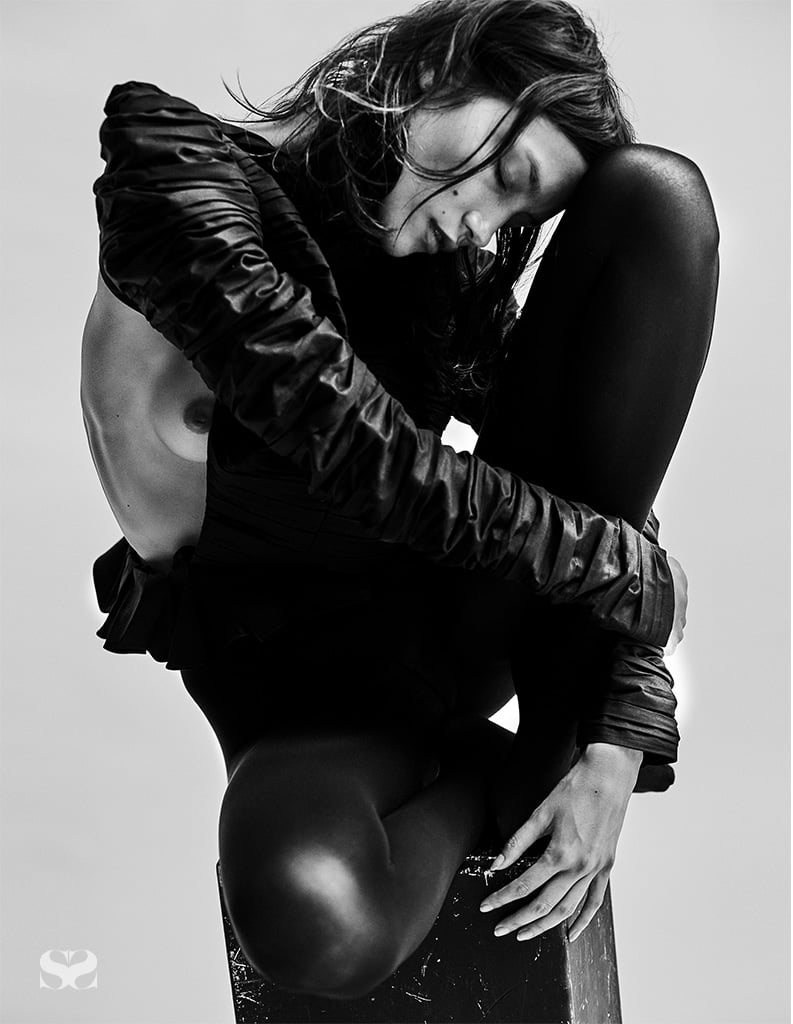 Where is home for you?

I lived in New York for about 11 years and now I guess home for me is England. I've always been drawn to it. I think because I've never met my biological father who is British. So, when I signed with my agency in London years ago, I found my cousin on Facebook and he messaged me saying, “Hey, if you're ever in London, let's catch up.” So, I went to London right after I signed with them and planned to meet him on a day off while I was there, but I visited my agency the morning I landed, and I see my cousin walk by. After that we became really close and he introduced me to my family. Because I work a lot in Europe, it just made sense and then I got into a relationship and so I decided to move over there. I've been really happy there.

How are you feeling about the year ahead? 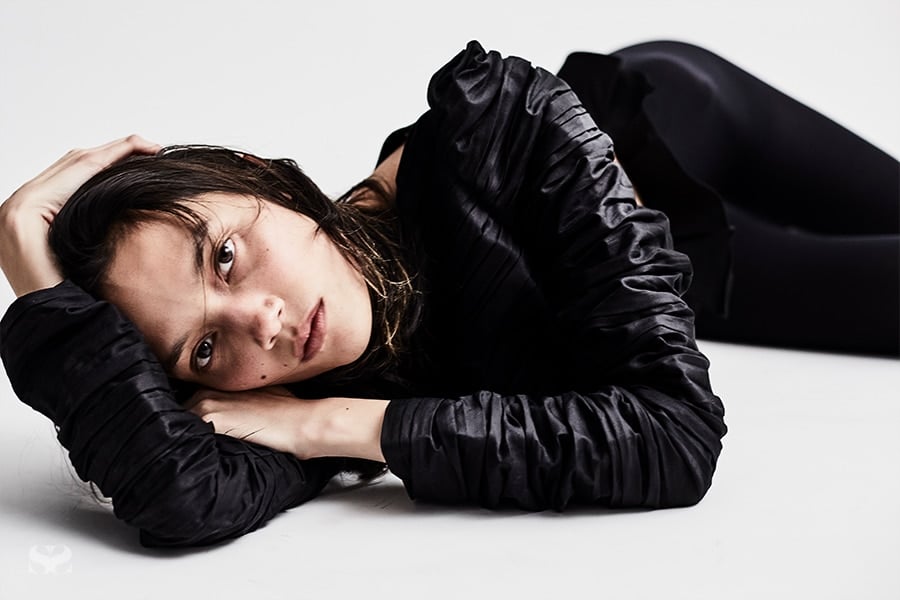 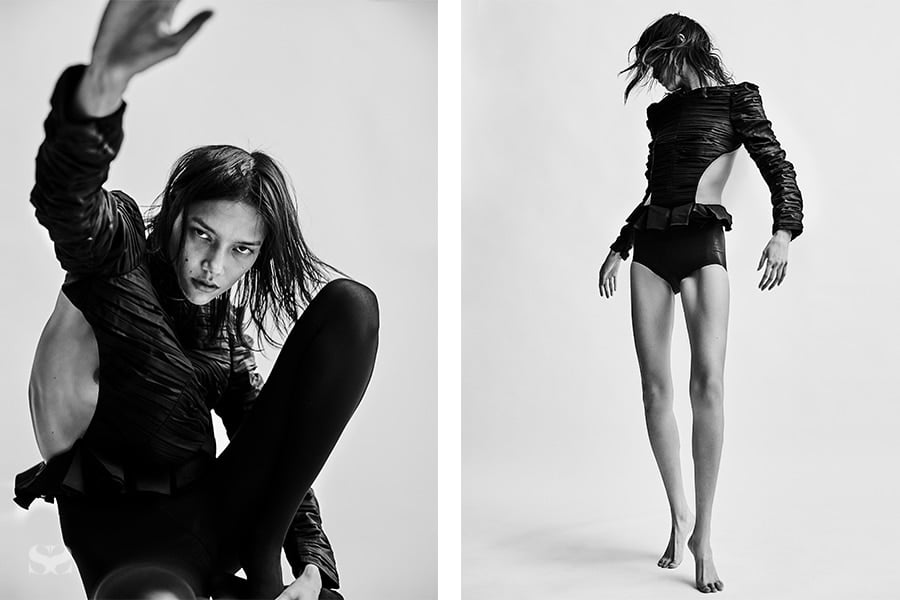 Are there any specific moments of 2021 that you're looking forward to?

I set a few goals. Basically, I'm studying to be a pilot and I never got to finish school in the States because I got into modelling and because my pilot classes are on hold right now because the runways are closed. So I'm taking this chance to completing my GED so I can go to school to get my commercial pilot's licence hopefully by mid 2022. Really, this year is just focusing on my credits to get to that goal and getting my private pilot's licence, which I'm excited about. Also, spending more time with my family this year, I feel like I've, I've been so busy the past few years with modelling, that I've never actually stayed at home with them and spent a good amount of time with them. 2020 has made me realise how important that is. Also saving money out to buy a house, just a grown up stuff, you know? 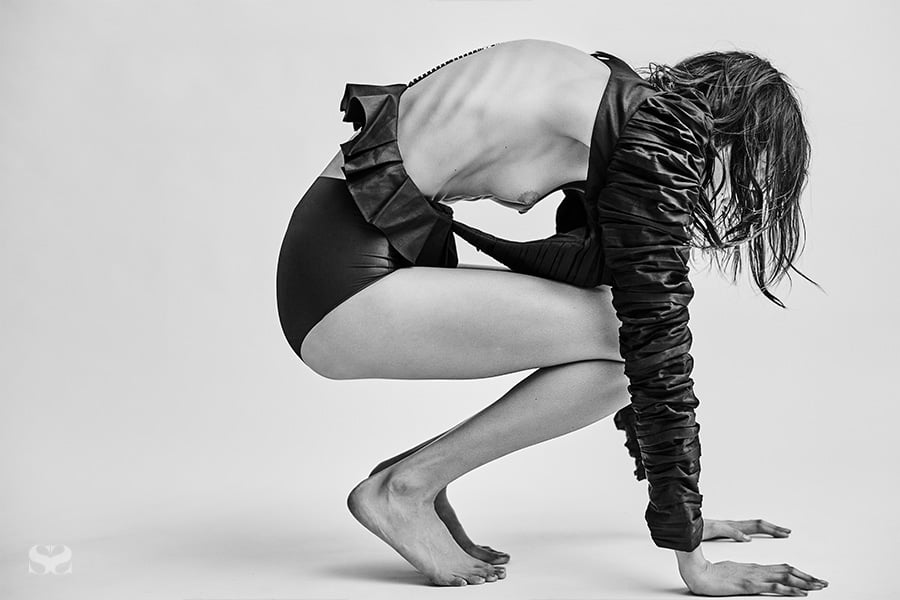 What drew you to flying?

I've always been interested in flying. The moment I get on a plane, even for jobs, it’s my zen time. I just love aeroplanes. And then when I got to know my biological dad's family, my aunt – who I’d gotten really close with the past two years - we went to Cornwall in England, and I found out that my grandfather and my great grandfather were pilots. They also had their own aerodrome which I got to visit. So it's kind of in the family because they've owned planes and they love flying as well. It wasn't until I got sober, not drinking and partying that I kind of found myself, which happened in England as well. My new partner told me, on the way to the aerodromes “you’re obsessed with planes. You just need to learn how to fly and get your licence. Don't be afraid to open a new chapter in your life.” I needed that. I needed that personally. That was so important for me. On the day that I signed up, and I was really nervous. I didn't look back and I kept going.

Yeah. I've actually never said this out loud. But my boyfriend's brother is a British Airways pilot and so I was a bit shy to say that I wanted to be a pilot. Then finally I was like, yeah, I want to be a commercial pilot. So, he's been helping me navigate towards that route. What I want to do has a very small percentage of women pilots which also is a drive for me. I see some of these women that fly these big jets and I'm just like, you are such a badass. 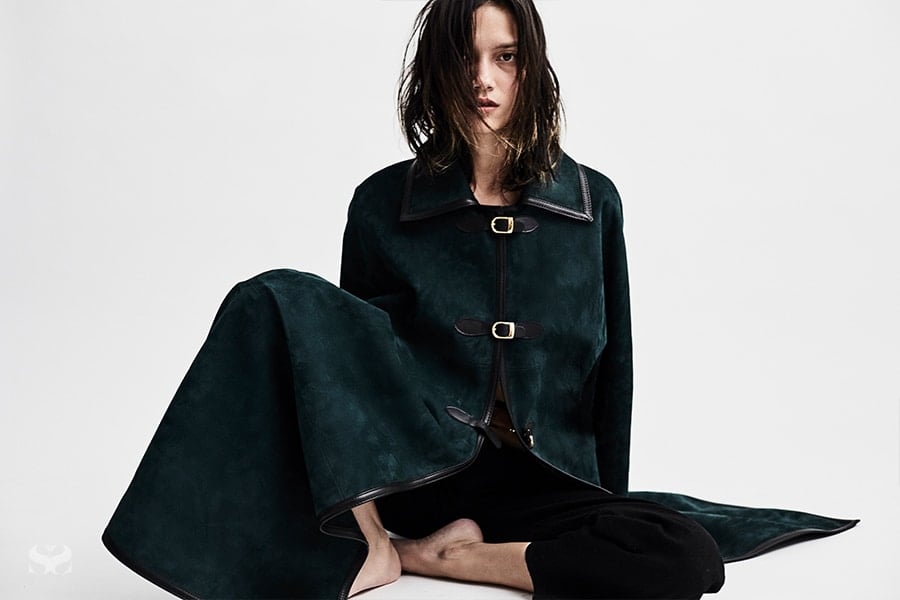 From an industry perspective, what are you looking forward to seeing change in this year?

In 2021 I'm looking forward to people taking responsibility for what's going on in the industry.

The whole #MeToo movement and #UsToo, I think that's a really important area to focus on. Because we can call these people out on their wrongdoings, but a lot of celebrities, stylists or those who are close to them are too afraid to step up, which defeats the purpose of this.

It’s kind of like politics in a way. It's like, you have these people speaking out against people like Donald Trump, and then you’ve got the same people still defending someone that sexually or emotionally abused a model or a designer who abused a male model or a photographer. It’s not cool. I think we can’t be afraid of stepping up saying, hey, that's not ok,  and I'm not going to support you. It's definitely progressing, but I do see people not backing others up or protecting other models, or stylists, or whatever, whoever it is. 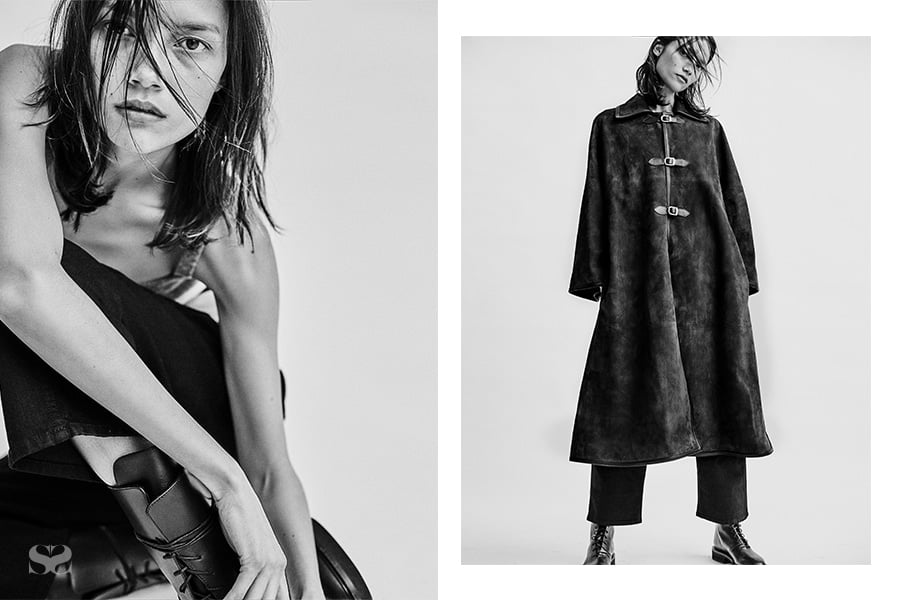 What does the milestone of getting sober feel like for you?

So I've been a year and six months sober as of two days ago. I remember going to AA - I went maybe three times - and I heard people's stories of being sober for two years, or six years. I remember feeling like, I can't wait to be six years, five years, three years sober, but I felt like it was so far away from me. The first few months were quite rough, but I had a lot of demons that I think I didn't deal with properly. I kept myself really busy and kind of forgot about them. When I started partying a lot, I wasn't taking care of myself and I think I didn't really mature as a person emotionally. Moving to London was a big change. I had this fresh start and I took time off from modelling because I was I was applying for my British citizenship so I wasn't allowed to travel or work. It was a great opportunity for me to sit down, get sober, take care of myself while I had this break until I got my passport back.  I basically just learned myself. Last year was a bit tricky because of lockdown, but I actually took the time to learn how to handle my anxieties. I learned how to treat people differently. I learned how to respect people's time and my job much more. I have a very different mindset now.

I'm still learning to grow, but I have never been so proud of myself, and it only gets better. I'm excited for what this year brings to me in this new growing phase. 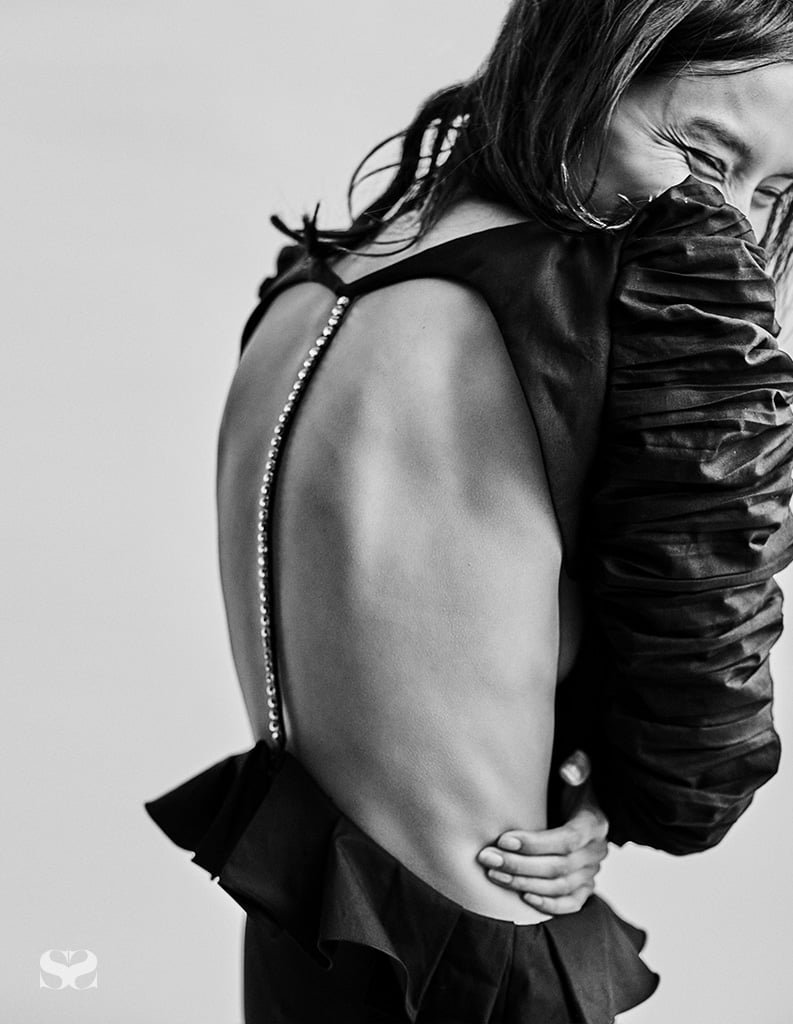 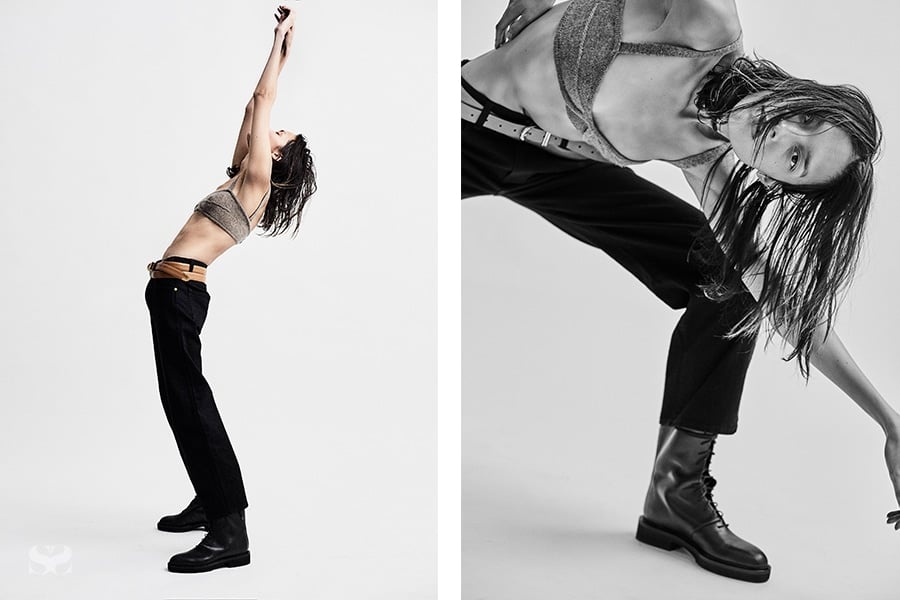 What brings you joy?

What brings me joy? Facetiming my parents and my sisters, because they live in Los Angeles; Hanging out with my cousin who's like, my best friend now; Seeing my boyfriend and just hanging out. I think my joy is just reconnecting with people that I'm really close with. Just checking up on them. It's very important.

What used to scare me was being lonely. I think that's a really big thing, especially right now. It still does scare me, because I know people that are isolating alone, or just have their dog and, you know, I don't know how, like what I would do if I didn't have like my boyfriend living with me. That still scares me. So, it's learning how to be independent, and I'm still learning to do that. I think it's really important to have.

PREVIOUS
Is fashion brand Nieeh really owned by Blackpink's Jennie?
NEXT
'Futureplayground' - the latest from adidas by Stella McCartney is here