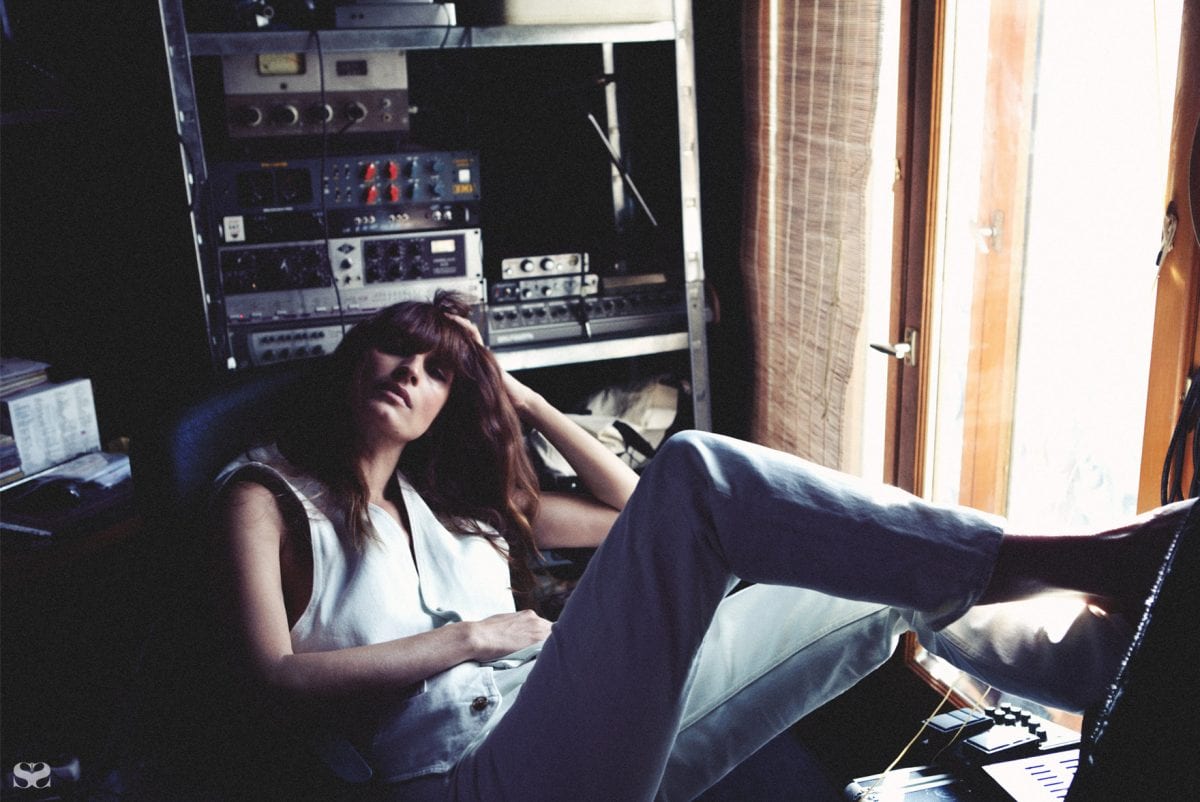 She’s an enigma of sorts; an aristocrat with an attitude – and a world – all of her own making. This is Caroline de Maigret: model, muse, music producer, mother. In exactly the reverse order. A woman of intense presence, of cultivated intelligence, and of pulverising beauty.

“You make a lot of money (modelling) but you don’t feel like you deserve it somehow, especially when you’re around artists who work their ass off and can’t create what they want to.”

There is a crack in the persistently bleak Parisian sky and a shard of afternoon light is momentarily grazing one knife-edged cheekbone as a steady stream of smoke meanders out the window. “I don’t smoke that much anymore. Only at night. And when I’m working. But only when I’m working in fashion. And music. Well, music is at night so…”

There is something quite noticeably regal in her disposition – a self-possession and poise that is perhaps part inherited. De Maigret was born into a family of Polish and French nobility. As the granddaughter of Polish Prince Michel Poniatowski and daughter of Count Bertrand, she is technically a blue-blooded Countess – a feature of her history that has to a large degree informed the course of her life and a fact that appears to remain unreconciled within herself, even as an adult with a family of her own. “It’s a bit strange, the day you wake up and realise that (the world in which she was raised) is not how the world is made and everything you’ve been told is not reality, and maybe … you’ve even been lied to,” she says, recoiling ever so slightly as if the memory itself were encroaching on her physical space.

It was this remote existence from the ‘real’ world and subsequent awareness of that suspended reality that motivated de Maigret to abandon Paris and her degree in literature at the Sorbonne, to head to New York where no one knew her name to beat her own track, make her own coin, and fashion for herself a world independent of her roots with which she could identify. “I could finally live my own life and be who I wanted to be – no family, no background. I think that’s what happens to a lot of people in New York. You can start over there. There’s this freshness about it.”

“For me a good image is a combination of things – the mood, character, angles and lines. It’s very hard to put words to it. You either get goosebumps or you don’t.”

SEE THE FULL ARTICLE IN THE GREATEST HITS ISSUE